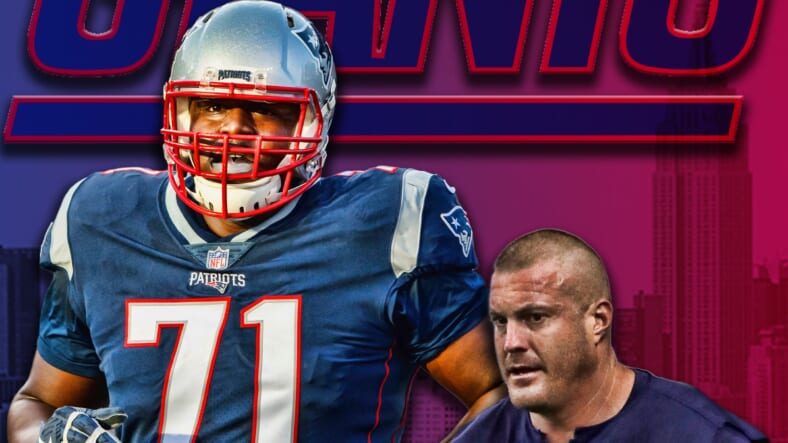 TheÂ New York GiantsÂ did not prioritize the offensive line in free agency, but they did sign one offensive tackle. The Giants signed Cameron Fleming, a six-year NFL veteran who willÂ compete for the starting right tackle job. Fleming spent the first four seasons of his career with New England before playing in Dallas over the last two years.

The offensive line coaching job was a vital piece of the puzzle this offseason for the Giants. Fans were excited to find out that Marc Colombo, the man who helped coach the Cowboys’ top-tier offensive line from 2016 to 2019, would be joining Garrett in New Jersey.

Offensive line coach Marc Colombo and newly-signed offensive tackle Cameron Fleming worked together from 2018 to 2019 and will continue working together in 2020 with the Giants. In his first interview as a member of the New York Giants, Cameron Fleming had high praise for Marc Colombo:

I really like playing for [Marc Colombo] because he really does love what he does. He comes in with so much energy, so much juice every single day, week after week throughout the whole season. I don’t think there is ever a lull in it for him. I really appreciate his passion and electricity every day. He’s just a damn good coach. He helped me a lot with my technique in Dallas, and I look forward to continuing working with him. -Â Cameron Fleming discussing offensive line coach Marc Colombo

Seeing the Giants’ new coaching staff energized and attentive will be refreshing for Giants fans. Marc Colombo is here to restore the “passion and electricity” that the team lacked with the last regime. Marc Colombo, Jason Garrett, Joe Judge, and Cameron Fleming will all collaborate to improve the Giants’ offensive line in 2020.