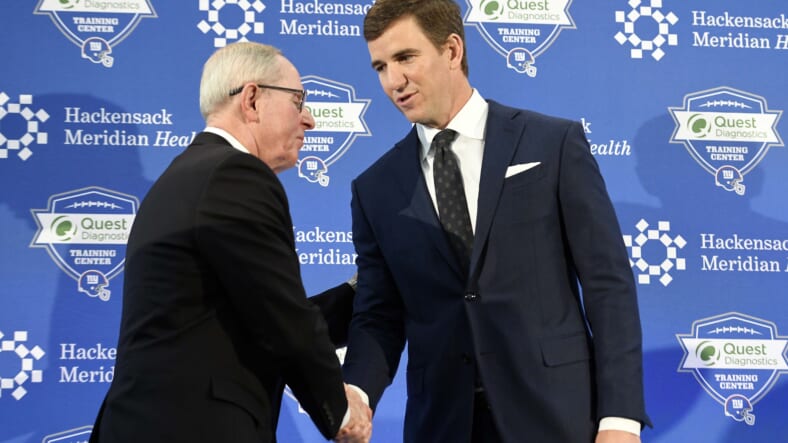 Everyone knows by now that former New York Giants quarterback Eli Manning is getting into television after his retirement, but it looks like he and his brother also have something else they’re working on this year. And that’s something that isn’t the first thing you’d think of as a business venture for two former NFL quarterbacks: the digital art space.

In the rapidly evolving NFT space, Peyton and @EliManning are now the first retired players to launch their own digital artwork. The Manning Legacy Collection will go live on MakersPlace on 4/16, with a portion of the proceeds benefiting @TackleKidsCancr & @PeytonChildrens.

You might have heard by now about the NFT bubble, which is somewhat related to the cryptocurrency space but not the same thing. You might also be confused, but essentially, the technology allows for the sale of art digitally.

It aims to imitate the world of physical art sales, allowing someone to buy an “original” piece of art instead of a copy. The trend has reached the news because of many high profile sales, some worth millions of dollars.

Celebs are starting to take note and it looks like that includes the Manning brothers. According to Adam Schefter, Peyton and Eli Manning are the first former NFL players to join the trend and will do so by launching their own collection on MakersPlace.

The collection is set to go up on the 16th of this month, and a portion of the proceeds go to charity. If you check out the home page of the auction site, you’ll find plenty of types of art ranging from the traditional to more abstract pieces. It will be interesting to see just how the Manning collection does on the market when compared to the rest of the selection.

If you want to buy anything from it yourself, though, you’ll probably have to be prepared to pay up. There’s a recent trend of NFTs going for crazy prices, and the Mannings have the celebrity status that helps with starting a bidding war.