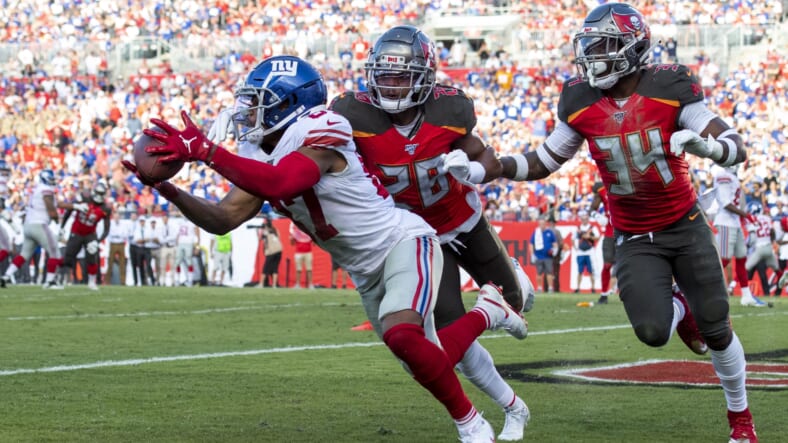 The New York Giants passed on NFL executive turned analyst Louis Riddick in their last GM search, but Riddick evidently hasn’t taken his eyes off the Giants. He’s argued against the franchise’s approach in their rebuild before, and now, he has some ideas about what the Giants should do if they once again struggle in a primetime game on Monday Night.

According to Riddick, the Giants need to stop selling hope and make something happen.

Louis Riddick on the state of the New York Giants

“You can sell hope until the cows come home in this league if you want,” Riddick told SNY. “But considering what this organizationâ€™s history has been and what the standard needs to be there, I get the feeling that itâ€™s â€˜Enough of that selling hope s–t. Enough. Either weâ€™re getting it done or weâ€™re not.â€™”

At the core of Riddick’s argument is the current state of the Bucs team. He claims the Giants should be able to make something happen against an injured Tampa secondary, now that most of their offensive weapons are back.

“Iâ€™m telling you, this secondary is a problem for Tampa Bay. If they cannot move the ball then it isnâ€™t a talent issue, itâ€™s a utilization and production/performance issue. Then you start looking at other areas as to why the hell is this happening? And then itâ€™s up to John Mara to figure out â€˜What do I need to do next?â€™ Because if these guys are all healthy then yeah, thereâ€™s no excuse.”

While the take is critical, many fans will agree with it. The Giants may have picked up some victories recently, but their record still leaves them at the back of the division race and there’s only so much goodwill to be won from games that don’t matter in the long run.

This is an important game, both to narrowly stay in the division race and prove the Giants can beat a good team.

If their performance is flat and the offense doesn’t take advantage of the chances presented, it’s likely much of the popular sentiment postgame will be along the same lines as Riddick’s.