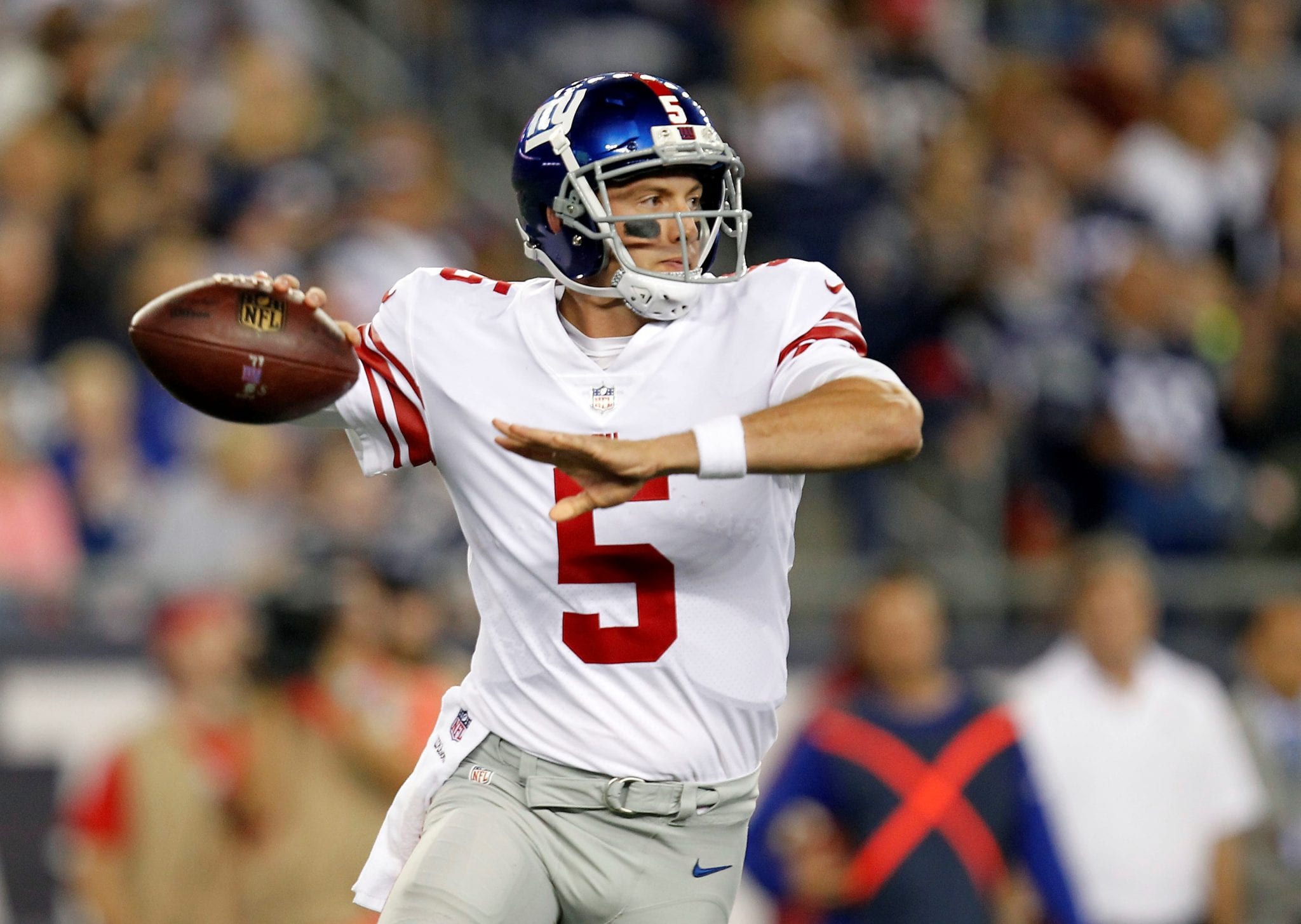 While we wait for the 2018 season, it’s worth looking back at what happened last year for the New York Giants. This time, we’re looking all the way back to the preseason, to a game that’s often either forgotten or discounted when talking about Davis Webb. This, of course, is the Giants final preseason game leading up to the 2017 season, when they defeated the Patriots behind Webb leading a game winning drive.

The game was won 40-38, and it only happened because of Webb’s clutch throws. Yes, it’s only the preseason, but the game should be an indication that Webb isn’t a bust that won’t be on the team by the time Eli Manning retires. Let’s take a look at one of the key plays from that game.

This throw was an important one, because time was running out and the Giants gained a key chunk of yards to help them beat the clock. The throw isn’t the prettiest one, and almost looks like it might hit the ground, but it gets the job done and Webb completes the pass to the sideline to gain much needed yards and stop the clock.

On third down and with sixteen seconds left on the clock, Webb makes a similar completion and releases the ball just as separation is made, resulting in a catch. The clock keeps running, but it’s not a problem here because the Giants are getting closer to field goal range and still have two timeouts at this point.

Again, Webb shows good timing here. He enters his throwing motion just as his receiver starts breaking towards the sideline, and even though the Patriots know that the offense will target this area, they can’t do anything to stop it. After this play, the Giants kicked the field goal that won the game.

What can we learn from this? That Davis Webb has at least some NFL talent. Of course, we can’t know at this point if he’ll be a worthy successor to Eli Manning, or even an average NFL quarterback. The odds are against him, as far as the former is concerned. However, many Giants fans treat Webb as an afterthought and don’t consider him at all when thinking about the future of the Giants’ quarterback position.

The point isn’t that Webb will be a good quarterback because of leading a game winning drive in one preseason game, but that the team already has a young QB who has shown flashes of potential. Furthermore, Webb likely picked up some skills under Eli Manning last season, and we won’t know how much better or worse he is until we see him on the field again.

But if his last preseason game is any indication of talent, Webb is at least worth looking into as an option for the future.