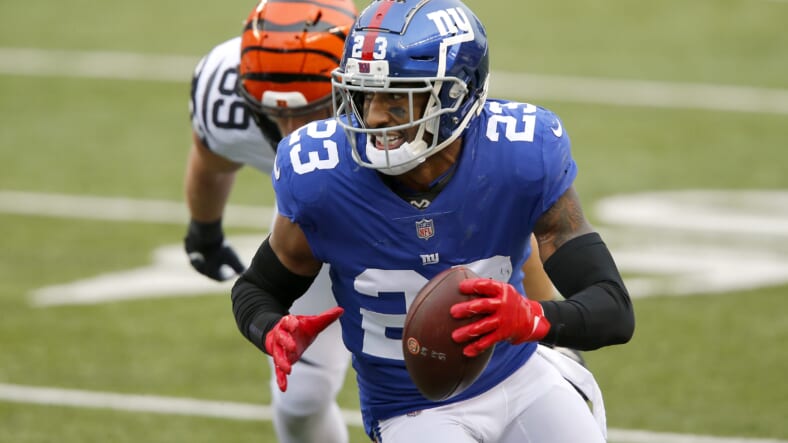 The New York Giants didn’t swing and miss when they added Logan Ryan last season in free agency. They did so following an injury to expected starter Xavier McKinney, but Ryan turned out to perform better than most would have expected from a replacement for an injured prospect.

Ryan has made himself a core part of the current group of Giants safeties, and earned himself an extension through 2023 that was signed this offseason despite some predicting him ending up elsewhere.

But what was it that brought Ryan to the Giants in the first place, after starting the offseason as a free agent that could have ended up with any team in the league? It appears that, according to Ryan himself, head coach Joe Judge played a large role in setting the Giants apart.

Ryan spoke on Good Morning Football on Wednesday, and one of the subjects was his dedication to Joe Judge.

“He allowed me to put my imprint on this young team and really allowed me to shine and show my work ethic. I just try to come in with that first one in, first one out mentality and really try to earn my stripes on this team,” Ryan said about Judge.

He claims that it was a candid conversation with Judge that led him to the Giants. And also that Judge was a coach that believed in him during a time when other teams didn’t believe in what he could do.

“I am really grateful for those times last year vying for a job and telling people what I can do, but all I really needed was the respect from one coach and that honesty. Iâ€™ll run through a wall for [Judge],” Ryan continued.

If it wasn’t clear already, it should be even more clear right now that Joe Judge is a big part of the moves the Giants make during free agency.

Many have suspected since his rookie season that Dave Gettleman is being made to compromise more in his role as general manager, and interviews like this with players seem to support the theory. It’s not Gettleman’s name that keeps coming up with free agents, but Judge’s.

Considering this, it’s hard to argue that Judge doesn’t have a big influence on the direction the Giants take in free agency these days. It’s something that seems like a positive, given the team’s better acquisitions over the past couple of years while Judge has been at the helm.