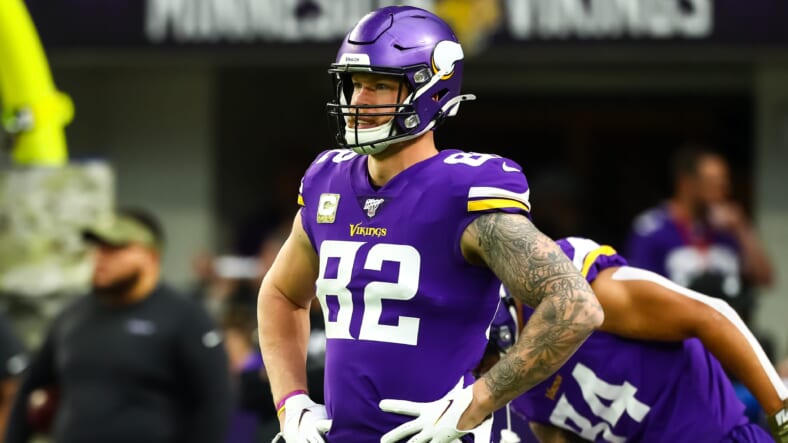 One of the signings flying under the radar for the New York Giants this offseason is Kyle Rudolph. The tight end won’t join the team with the kind of acclaim as some of their other additions such as Kenny Golladay or cornerback Adoree Jackson, but he has his own use nonetheless. While some believed the Giants would add to the tight end spot by highly drafting Kyle Pitts, it appears the Giants are going to continue to rely on Engram while adding Rudolph to play the role of secondary threat.

Rudolph has been a receiving tight end throughout his career and a red zone threat – he’s only a couple years removed from having 6 touchdowns in a season, after all. While he might not be the big addition that Pitts is, it looks like the Giants will have plenty of receiving potential at the position between him and Evan Engram.

As for why Rudolph chose to join the team, he spoke about that on SiriusXM.

And head coach Joe Judge seems to have played a direct role in getting Rudolph to the Meadowlands.

It seems like Judge is helping turn New York into an attractive destination for free agents so far. Wide receiver Kenny Golladay has also expressed an appreciation for the culture of the team, which he’s joining despite having other offers.

The Giants have big expectations in Judge’s second season but they’ll have more tools to deal with those expectations than they have over the last couple of seasons. And some of that we can trace directly back to the noticeable change in the atmosphere that’s come about directly because of a new coaching staff.