New York Giants: Kenny Golladay back at practice on Thursday 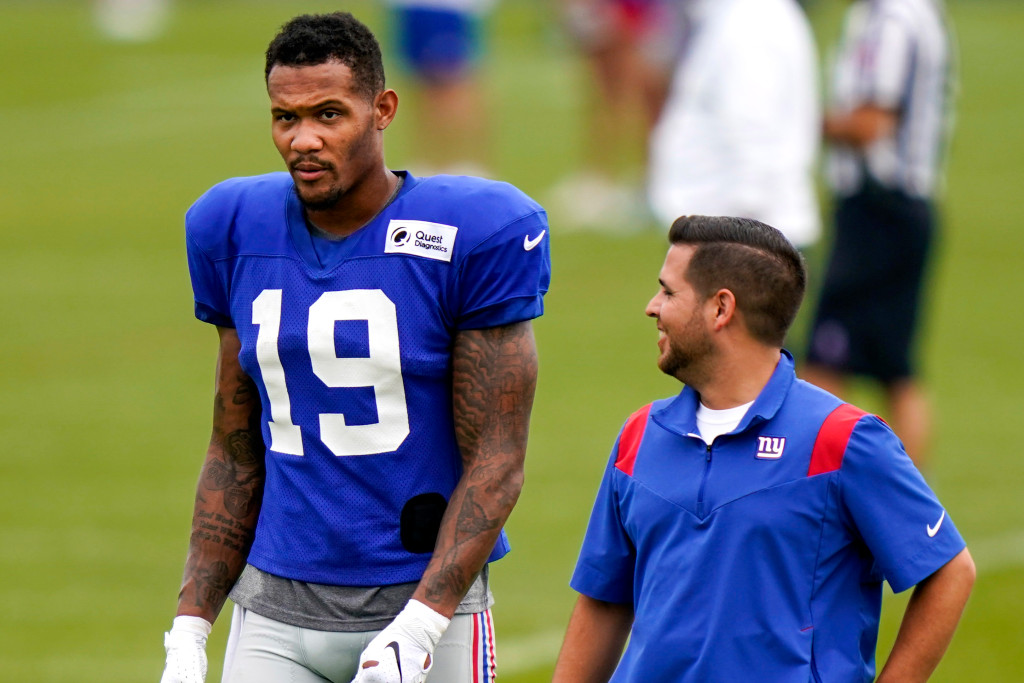 While it remains a fringe possibility, the New York Giants might have Kenny Golladay back when they face the Raiders. The wide receiver has returned to the practice field, for the first time since his knee injury against Dallas.

Golladay was a limited participant according to the injury report, but his presence on the practice field at all is a positive for the Giants.

He was in the company of a number of other Giants receiving threats who had a limited status at Thursday’s practice. Those other players were John Ross, Kaden Smith, and Kadarius Toney.

Despite a return to practice, though, it doesn’t seem like Golladay will likely play in week 9. He’s been out with this knee injury since week 5 now, and the Giants this season haven’t really been keen to rush players back from injuries.

Based on Golladay returning to practice later in the week, it seems more realistic right now to forecast him as coming back in week 10.

The wide receiver has 282 yards on 17 receptions to this point in the season. He was coming off his best receiving performance of the season, against New Orleans, when he was injured against the Cowboys with no receptions.

In that game against the Saints, Golladay went for 116 yards and caught 6 of 7 targets. It offered a glimpse of his potential in this offense, but it remains to be seen if Golladay will be immediately back to speed after making a comeback.

Whether Golladay returns in week 9 or not, though, his current progress is big for the Giants. He was, after all, signed to be the main receiving weapon on the team.

That hasn’t consistently been the case this season, making Golladay’s remaining games all the more important for proving the Giants made the right choice in paying him.