New York Giants: Kadarius Toney is the YAC machine that the Giants’ offense was missing 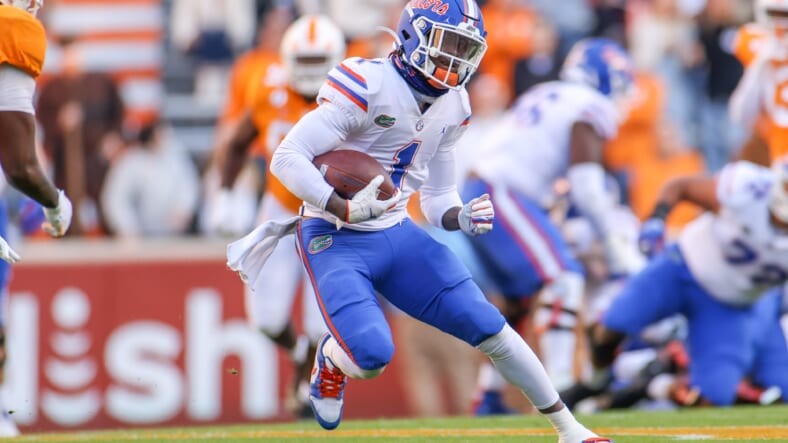 The New York Giants revamped their offense this offseason. The Giants’ offense was one of the worst in the NFL in 2020. New York only managed to score a putrid average of 17.5 points per game last season. Dave Gettleman and company recognized that changes were needed, so the Giants went into the offseason with the goal of finding “touch-down makers.”

The Giants succeeded in finding their “touchdown-makers.”Â The additions of Kyle Rudolph and Kenny Golladay should improve the Giants’ red zone offense and receiving dependability. But the first-round addition of Kadarius Toney will improve the Giants’ offense in a different way.

Kadarius Toney might not give the Giants an added edge in the red zone like Kenny Golladay, but he does provide a lot for the offense. New York’s offense was particularly bad after the catch.

The Giants’ offensive weapons rarely created yardage after the catch. According to Ben Linsey of Pro Football Focus, the New York Giants ranked dead last in the league with the fewest yards after the catch per reception in 2020 at 3.0 yards per. Not only did the Giantsâ€™ receivers struggle to separate from coverage last season, but they also struggled to make plays with the ball in their hands.

To fix this, the Giants went into the 2021 NFL Draft and selected the best yards-after-catch receiver in the entire draft class. Kadarius Toney is borderline impossible to tackle. He is labeled a human joystick for his video game-like juke moves.Â Kadarius Toney forced a missed tackle on 35% of touches since 2018, which was first among the 2021 wide receiver draft class (PFF). ToneyÂ forced 32 missed tackles on 80 catches the past two seasons (PFF).

On 177 touches in his collegiate career at UF, Kadarius Toney forced an insane 64 missed tackles (PFF). The Giants landed a tackle-breaking machine in Kadarius Toney. The Gator product will jump-start New York’s offense and provide elite after-the-catch ability to a team that severely lacked in that regard.