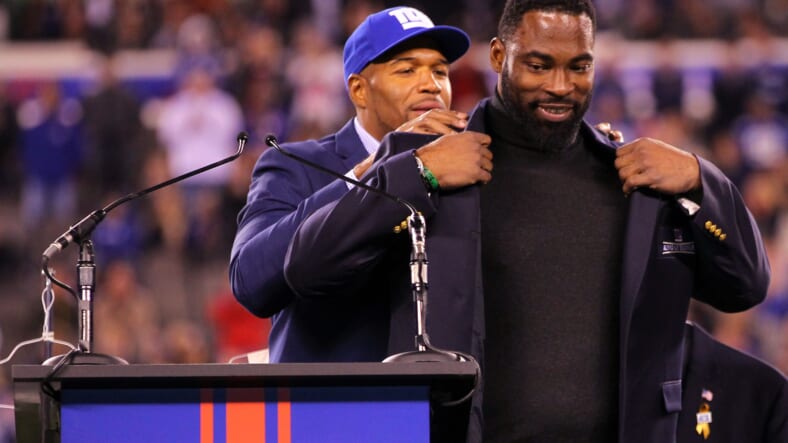 The New York Giants aren’t playing in the Super Bowl, but there’s several names there that fans will recognize. Jason Pierre-Paul is back in the game with the Bucs, and his team’s quarterback is former Giants foe Tom Brady. For many, it might seem strange rooting for Tom Brady because JPP is on his team.

The rivalry between New York and Boston goes deep and Brady was the quarterback in the latter city for an entire era. The Giants went up against Brady in not one but two Super Bowls, only strengthening the rivalry between Patriots and Giants fans. However, there’s one former Giant that has come out and given high praise to Brady despite that rivalry.

Justin Tuck doesn’t praise quarterbacks often. He played defensive end and chased after them on the field, after all. He says that at times, it was even hard for him to like his own quarterback Eli Manning. But he told the New York Post that Brady is approaching greatest of all time status.

He pointed out that Super Bowls and longevity are what we judge players on, and Brady is dominating in both categories.

Still, the Giants can say they’ve never been beaten by Brady in the Super Bowl and they defeated him not once but two times. And even as both teams move on from their previous quarterbacks, the Giants having Daniel Jones and the Patriots figuring out their next starter, those bragging rights still aren’t going away.