New York Giants: Isaiah Simmons vs Trading Back in the 2020 NFL Draft 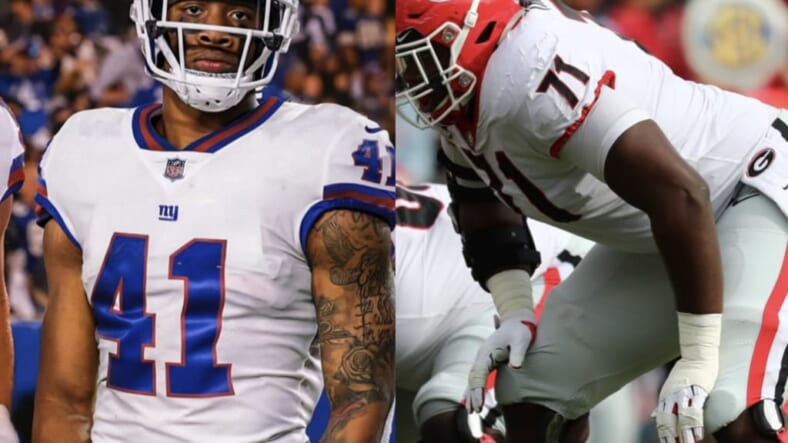 Should the New York Giants trade back in the NFL Draft or select Isaiah Simmons to add a defensive playmaker?

Adding a player like Clemson standout Isaiah Simmons immediately makes the Giants’ defense better, but at what cost? Missing out on one of the draft’s top offensive line prospects hurts Daniel Jones’ protection scheme, and it limits the number of holes for Saquon Barkley to run through.

Making a decision on draft day with the 4th overall pick will be extremely difficult, but the reality is, the Giants will get better one way or another.

Taking a look at what the better move would be for Big Blue — drafting Simmons or trading back for more picks.

As one of the more versatile and multiple defenders entering the NFL, Simmons needs an intelligent and creative coach to maximize his abilities. New defensive coordinator Patrick Graham fits the bill perfectly, utilizing different looks and frequently blitzing with linebackers and safeties. Simmons can play all over the defense, creating mismatches and keeping offensive coordinators guessing. At just 20-years-old, Simmons is a top-notch athlete who would look fantastic paired with a strong safety like Jabrill Peppers.

However, selecting Simmons leaves a void at offensive tackle.

Choice #2: Trade back and acquire picks

Ultimately, Big Blue has more holes to fill than top picks. This suggests that trading back would be the most beneficial move. If they can add another second-round pick or more, they’re then able to draft a tackle for the future, solve the center position with a player like Cesar Ruiz, and draft a high-upside pass rusher. While there’s no guarantee the players will be starters or contribute significantly over the long term, it allows the Giants to have some flexibility in free agency moving forward.

Rebuilding starts with the draft, and Gettleman has put the ideology to the test since joining the Giants two years ago. Straying away from that mentality could suggest that ownership feels they are in a position to win within the next two years, but trading back and acquiring more capital remains the more efficient move. Nonetheless, passing on, Simmons will be extremely difficult.