New York Giants injury update: Saquon up, Engram down ahead of Week 1 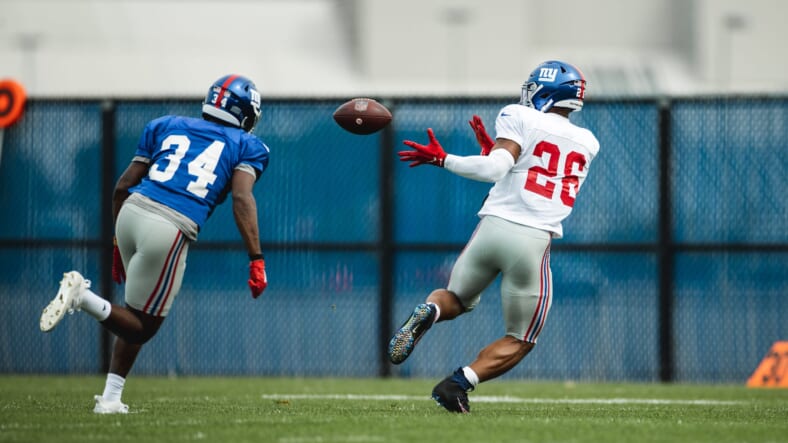 The New York Giants are just one week away from taking on the Denver Broncos in Week 1 of the regular season. Injuries have begun to mount ahead of opening day, but the Giants are optimistic star running back Saquon Barkley will be available after tearing his ACL, MCL, and partially tearing his meniscus last year against the Chicago Bears early in the season.

According to Ian Rapoport of NFL Network, Barkley is gearing up for Week 1 and is expected to make his first appearance since the injury. Barkley, who has played in only 15 games over the last two years, is looking to resurrect his 2018-self. During his rookie campaign, Barkley amassed 2,028 yards, 15 touchdowns, and didnâ€™t fumble a single time.

With Barkley on the field, the offense is far more productive and successful. The addition of wide receiver Kenny Golladay should also contribute heavily toward a more efficient unit. Barkley had his best season with Odell Beckham Jr. on the field, as the star wideout commanded attention from opposing defenses, which took players out of the box and allowed Saquon to have more success running the football.

Quarterback Daniel Jones will also be ecstatic about the return of his most lethal offensive weapon. Jones has barely enjoyed any time with Barkley on the field, and when he is, Jones’s numbers skyrocket. Jones has a passer rating of 92 with Barkley in the backfield and 78.9 without him. The offense averaged 22.5 points per game with Saquon on the field since 2019 and just 17.5 without him.

In addition to Barkley making a return, the Giants are also expecting TE Engram Engram to miss Week 1 against Denver. Engram suffered a calf injury against the New England Patriots in the final preseason game of the off-season. Engram, who is in the final year of his rookie contract, was plagued with drops last season, picking up eight in the category and was directly correlated to six interceptions.

However, Evan is capable of being a great player who changes the dynamic of the offense. Last season, he tallied 654 yards and one score, earning his first Pro-Bowl appearance. Some might say that the Giants are better off without Engram in the lineup, as they will look to Kaden Smith and potentially Kyle Rudolph as their primary TEâ€™s to open the year.