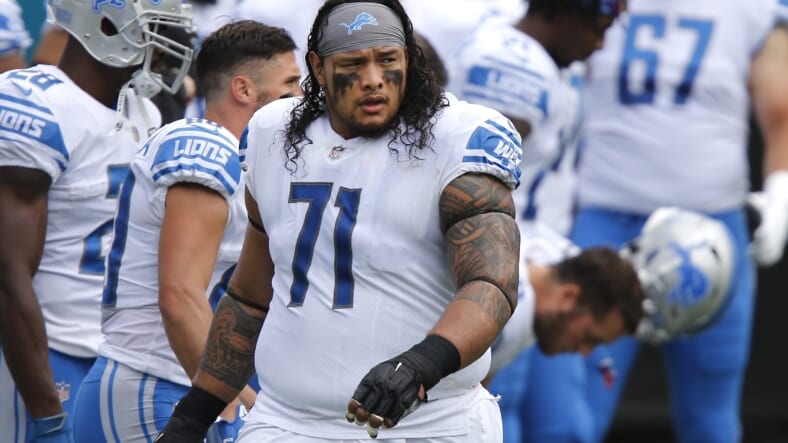 Replacing Dalvin Tomlinson will be no easy feat for the New York Giants, as he commanded significant attention at nose tackle and was one of the most double-teamed interior defenders in football. The Giants re-signed Austin Johnson to a one-year, $3 million deal for the 2021 season, but they canâ€™t expect him to be their bonafide starter at 0-tech.

Johnson was more of a rotational piece in 2020, accumulating 18 combined tackles and 1.0 sacks in 16 appearances. He only participated in 21% of defensive snaps, indicating he is a depth piece that can mitigate fatigue for the starters.

However, the Giants have found Tomlinsonâ€™s replacement, as they brought in former Detroit Lions DT Danny Shelton for a visit on Monday afternoon, agreeing to a one-year deal.

Giants are signing DT Danny Shelton to a one-year deal. He will fill that gap at nose tackle left behind my Dalvin.

Shelton, itâ€™s coming off a two-year, $8M deal with the Detroit Lions, but they released him due to a failed physical destination.

Shelton is a quality player who will fill a big need for the Giants in the interior. At 6â€™2â€ and 345 pounds, Shelton is nicknamed â€œfeast mode,â€ collecting 37 combined tackles, four quarterback hits, and 1.0 sacks over 12 starts in 2020. Shelton spent time with the Cleveland Browns, New England Patriots, and Lions, giving him a bit of familiarity with the Giantsâ€™ coaching staff.

Ultimately, replacing Tomlinsonâ€™s production is impossible, even with a player like Shelton, who takes up space in the interior and can command double teams. He played 44% of snaps in 2020, while Dalvin featured in 60%, primarily due to the former missing four games.

This will likely be a cheap signing for the Giants, as nose tackle is probably the most replaceable position on the interior, let alone the defense. There is a possibility the Giants address the position in the draft with a youth prospect as well, who can develop in their scheme. I expect general manager Dave Gettleman to allocate a mid-round pick on a big interior defender with upside, someone like North Carolina State defender Alim McNeil.