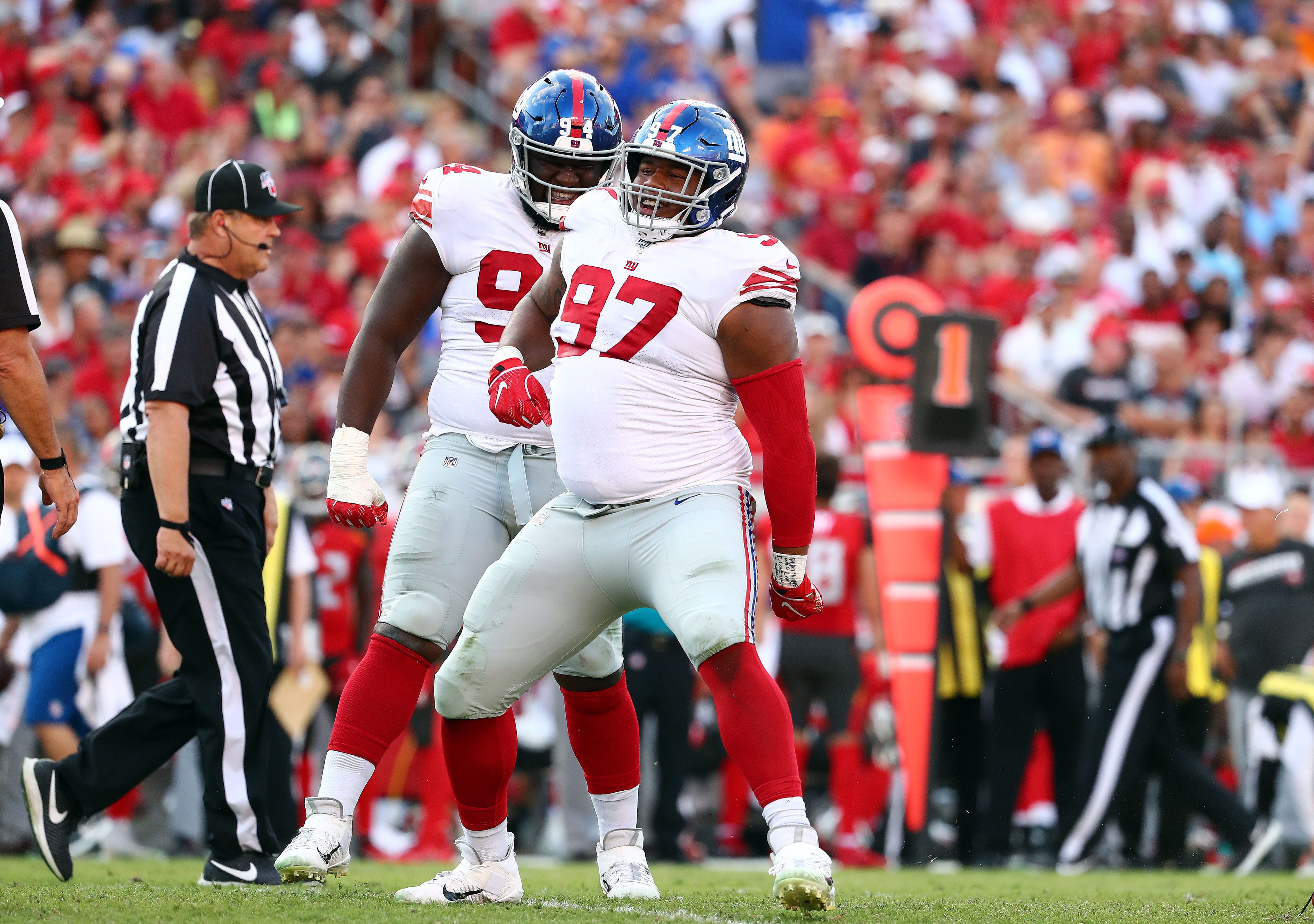 The New York Giants improved in many ways during the 2021 offseason. New York landed premium playmakers on the offensive side of the ball. The focus was placed mainly on the offense, but the Giants still invested resources in their defense as well.

The Giants signed Adoree’ Jackson to be their new starting outside cornerback opposite of James Bradberry. They also added talented edge rusher Azeez Ojulari in the draft. The Giants also made sure to lock up star defensive lineman Leonard Williams to a long-term deal.

These moves will all be impactful, but they were all quite costly. The Giants had to make a difficult decision and part ways with defensive tackle Dalvin Tomlinson this offseason. Re-signing Dalvin would have made it impossible for the Giants to upgrade the positions that they did in this offseason. However, despite the loss of Dalvin Tomlinson, the Giants still have one of the most talented defensive line units in the NFL.

Leonard Williams will return in 2021 after nearly hitting the open market this offseason. Big Cat spent the 2020 season on the franchise tag, but the Giants made sure to lock him in long-term after a career-year last season. Leonard Williams posted a career-high 11.5 sacks in his first full season with the Giants. He also made PFF’s list of top 1010 players from the 2020 season.

According to Pro Football Focus, Leonard Williams set a career-high in pressure with 62 combined sacks, hits, and hurries — seven more than his previous best. PFF also points out Leo’s typical run-defending excellence, stating that he had had 30 defensive stops in 2020.

The Giants have their top pass-rusher on the interior with Leonard Williams. But he’s not the only hog molly that can get after the quarterback. Dexter Lawrence has been a solid pass-rushing interior defensive lineman in his first two seasons, and he is only getting better. Sexy Dexy bumped his PFF pass-rush grade from 64.5 as a rookie to 73.2 last season.

Dexter Lawrence recorded 4.0 sacks, 53 combined tackles, and 6 tackles for loss in 2020. At 340 pounds, Lawrence moves quick for a man his size and also does a phenomenal job controlling the line of scrimmage, plugging holes in the run game.

With these two stud defensive lineman returning in 2021, the Giants’ defensive line is in good shape regardless of who mans the nose tackle position that Dalvin Tomlinson left vacant. Regardless, the Giants managed to add solid talent to fill Tomlinson’s shoes.

The Giants signed Danny Shelton this offseason. Shelton has been a solid, consistent run-defending nose tackle his entire career. According to PFF, Danny Shelton graded 69+ overall in 4 straight seasons from 2016-2019 before going to Detroit in 2020.

The loss of Dalvin Tomlinson will be felt on the Giants’ defense as he was a tremendous talent for them since 2017. However, the Giants still have a plethora of talent on the defensive line. The Giants should still have one of the best defensive lines in the NFL with Williams, Lawrence, and Shelton. 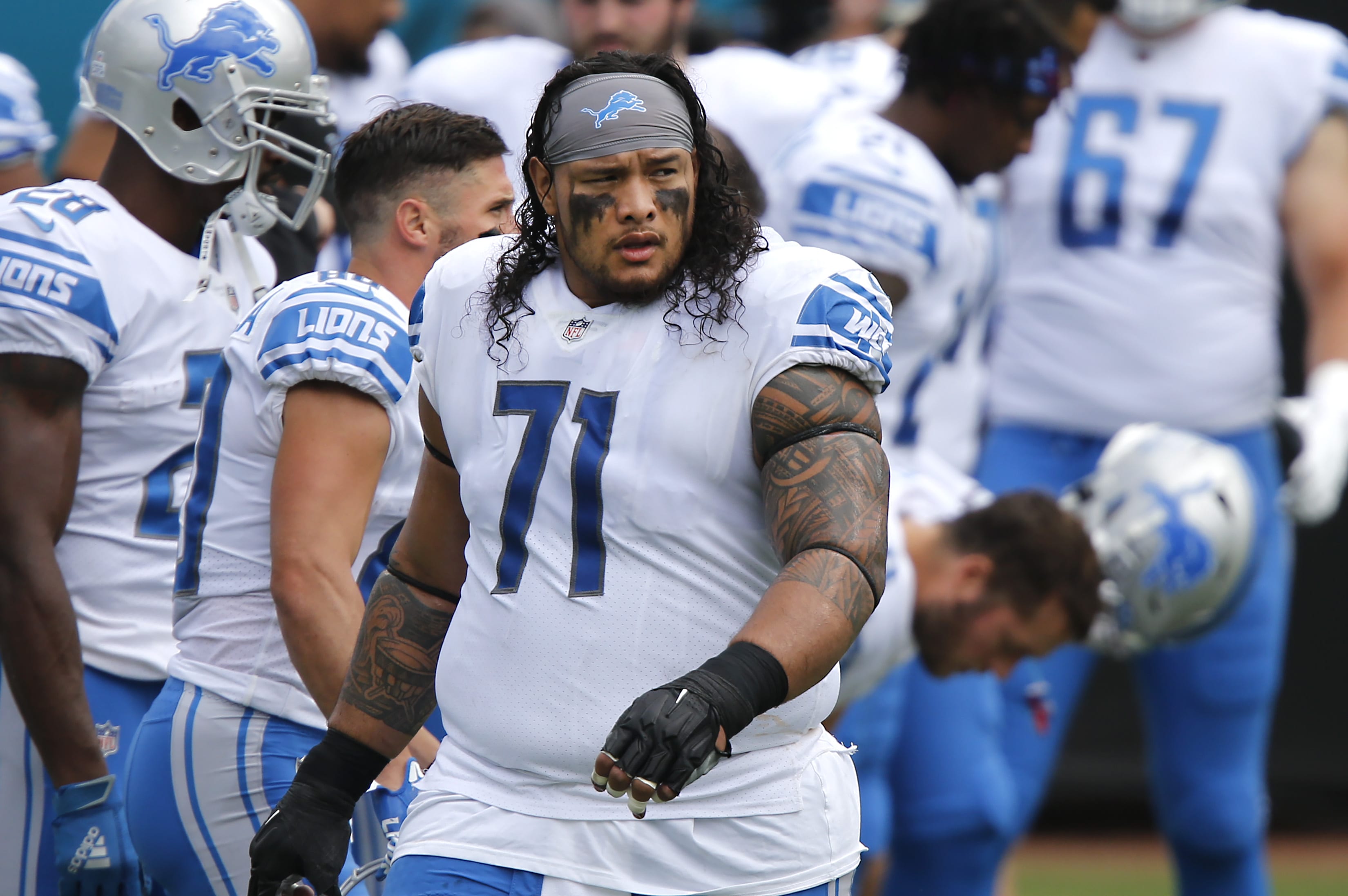 Replacing Dalvin Tomlinson will be no easy feat for the New York Giants, as he commanded significant attention at nose tackle and was one of the most double-teamed interior defenders in football. The Giants re-signed Austin Johnson to a one-year, $3 million deal for the 2021 season, but they can’t expect him to be their bonafide starter at 0-tech.

Johnson was more of a rotational piece in 2020, accumulating 18 combined tackles and 1.0 sacks in 16 appearances. He only participated in 21% of defensive snaps, indicating he is a depth piece that can mitigate fatigue for the starters.

However, the Giants have found Tomlinson’s replacement, as they brought in former Detroit Lions DT Danny Shelton for a visit on Monday afternoon, agreeing to a one-year deal.

Giants are signing DT Danny Shelton to a one-year deal. He will fill that gap at nose tackle left behind my Dalvin.

Shelton, it’s coming off a two-year, $8M deal with the Detroit Lions, but they released him due to a failed physical destination.

Shelton is a quality player who will fill a big need for the Giants in the interior. At 6’2” and 345 pounds, Shelton is nicknamed “feast mode,” collecting 37 combined tackles, four quarterback hits, and 1.0 sacks over 12 starts in 2020. Shelton spent time with the Cleveland Browns, New England Patriots, and Lions, giving him a bit of familiarity with the Giants’ coaching staff.

Ultimately, replacing Tomlinson’s production is impossible, even with a player like Shelton, who takes up space in the interior and can command double teams. He played 44% of snaps in 2020, while Dalvin featured in 60%, primarily due to the former missing four games.

This will likely be a cheap signing for the Giants, as nose tackle is probably the most replaceable position on the interior, let alone the defense. There is a possibility the Giants address the position in the draft with a youth prospect as well, who can develop in their scheme. I expect general manager Dave Gettleman to allocate a mid-round pick on a big interior defender with upside, someone like North Carolina State defender Alim McNeil.