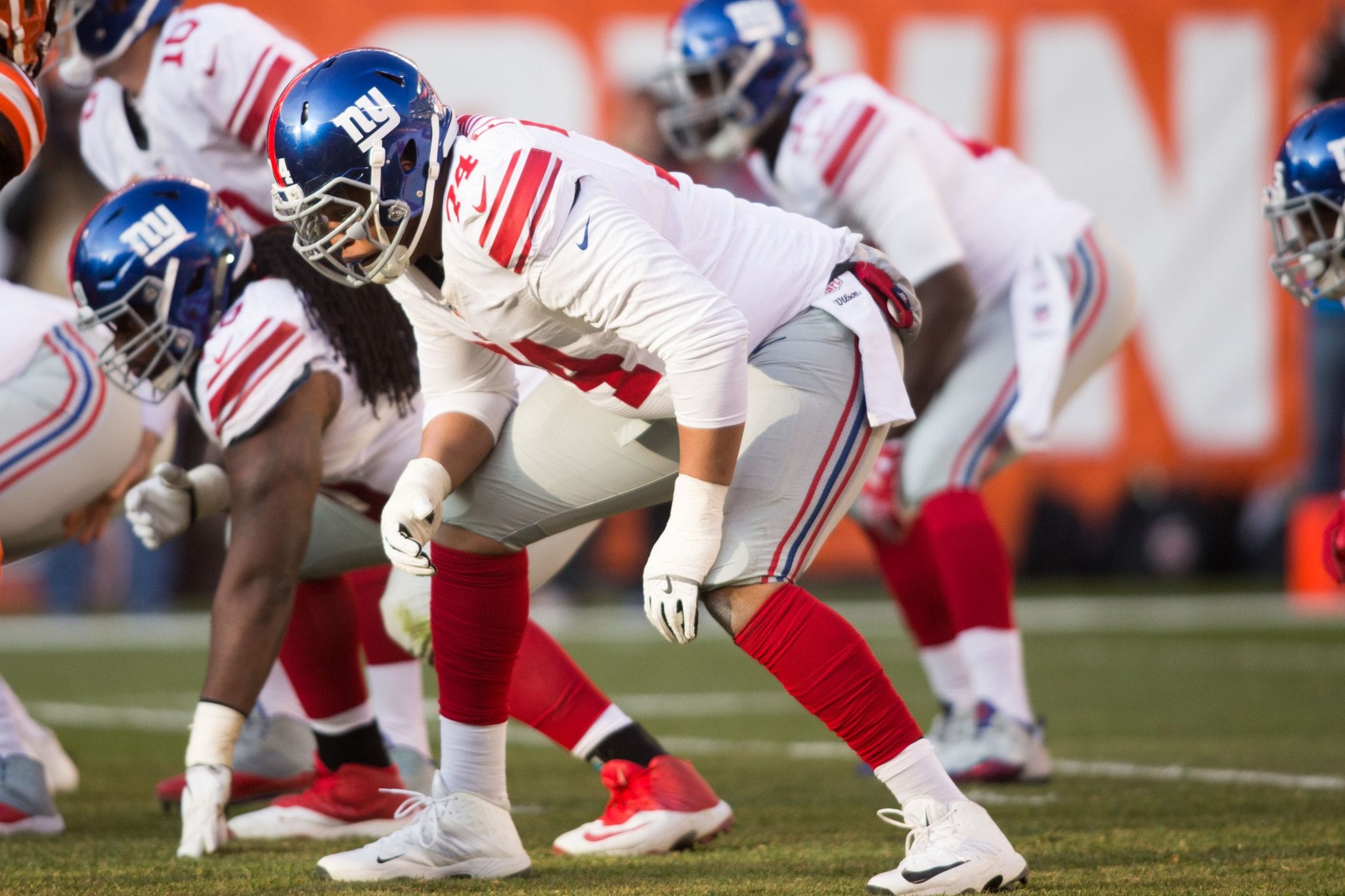 By the time Ereck Flowers made the switch to the Washington Redskins, most fans were happy to see the highly drafted right tackle go.  Despite being taken with the ninth overall pick, Flowers had years to work with and never developed all that much beyond his rookie year, and his play consistently made him one of the worst starting linemen not just on the Giants team but in the league.

The Giants supposedly never found a trade partner for Flowers, or rejected offers, and the player ended up moving to the rival Washington Redskins this offseason – after a stop in Jacksonville during 2018 which didn’t work out, following his release from the Giants.

How is Flowers doing with his new team, which has been playing him in a different role rather than keeping him at the right tackle spot that he failed in with the Giants? Apparently, Flowers is at the very least, doing better than he was while in New York.

“We played him primarily at tackle. He did get some reps at guard, but we felt like we had other players there. I think he’s playing hard. I think he’s playing pretty well. He’s kind of a valued member of their offensive line,” Giants head coach Pat Shurmur said during the buildup to Sunday’s clash with the Redskins.

“Some guys can do it. A lot of it has to do with your body type and your skillset. He’s a big, physical guy. In close quarters, he does a good job of getting his hands on you. That helps you at guard. They feel like he’s the best at that spot for them, and like I said, I think he’s playing pretty well,” Shurmur added.

There’s two different ways to read things – either the Giants offensive line staff was incompetent for years, unable to get any serious production out of Flowers despite working for him much longer than Washington has had him, or the Redskins offensive line is simply not very good, leading to a player like Flowers becoming a valuable starter.

Either way, the matchup on Sunday between Flowers and the Giants defensive line will almost certainly be overshadowed by a larger one, the battle between Landon Collins and the Giants team in general.

Still, the fact that Flowers was drafted number nine overall and is now on the Redskins with the Giants having gotten nothing for his release last year is just another reminder of just how many failed moves the front office attempted to make under the previous regime, helping to put the Giants in the poor position that they’re in right now in 2019.

New York Yankees: All the Yankee news in one place
New York Giants