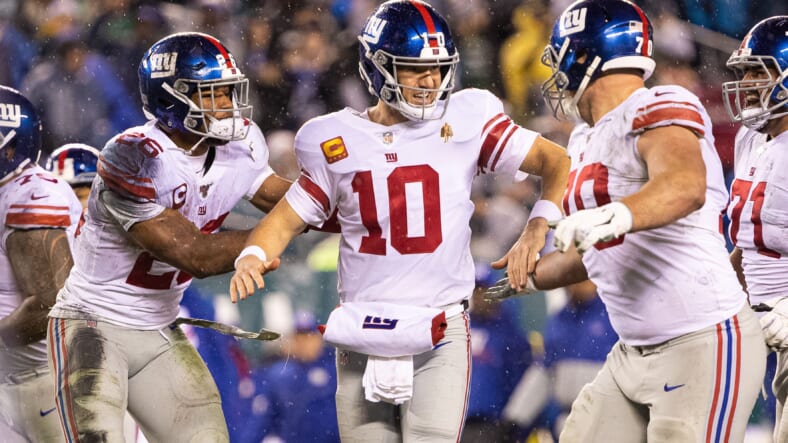 The time has gone by fast, but the New York Giants have gone a couple of seasons now without Eli Manning as their starting quarterback. Manning, as usual, kept a low profile when the team replaced him with Daniel Jones, and has since slipped into a comfortable retirement that comes with a newfound Twitter presence.

And according to a recent ESPN interview, it looks like life is going good for Manning right now. He talked about Twitter, sloppy Joes, and also his plans for the future. Interestingly enough, that might involve the Giants – but probably not in the coaching role some might have predicted when Manning retired.

“You’re a little bit limited on what you could do and what some options were, obviously, with a pandemic going on, so I just took this time to just reflect and dabble in a few things,” Manning said about his options in the future. “I am going to do some things with ESPN. I filmed a couple [episodes] of “Details” the other day on Mac Jones and Justin Fields.”

He said that he’s going to join his brother Peyton on his Peyton’s Places TV show, an exclusive of ESPN+. According to Manning, he’ll be involved in doing a college football version of the format.

Manning and the Giants linking up again?

With Manning going into TV, it doesn’t seem like he’ll be a candidate to get on the coaching staff as an assistant. But there’s still plenty of other ways to remain tied to the team, especially if Manning embraces the TV journalist role like some other former players have.

Either way, New York Giants fans will be happy to see Manning around again after his retirement has so far been decently quiet.