New York Giants: Eli Manning As A Coach In The Near Future? 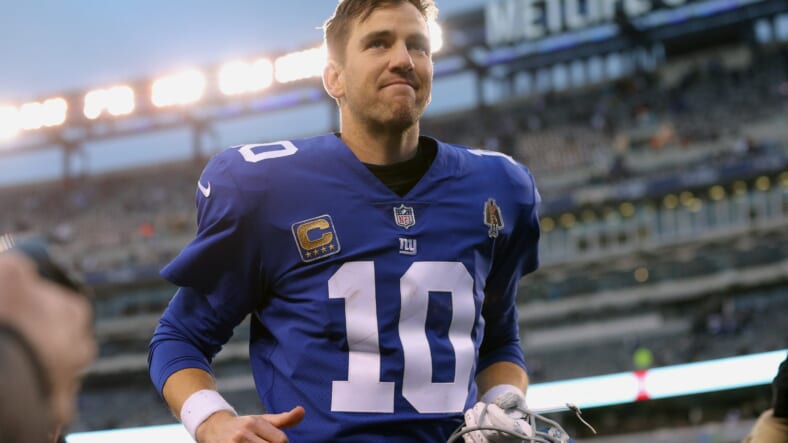 Eli Manning likely won’t stick around the New York Giants for too much longer. Manning is starting against the Eagles in the next game and might start for the rest of the season if there’s no quick comeback for Daniel Jones within the last four games, but that doesn’t mean the writing isn’t on the wall. Manning is in the starting role because Jones was hurt, not because the staff made a conscious decision to replace Jones with him through the end of the season.

Because of that decision by the staff to go with Jones earlier this season, it looks like the future is already written – Manning isn’t likely to stick around just to play backup. If he doesn’t end up asking for a trade to another team, something that didn’t happen this season despite the benching only a couple of weeks into the year, he’s expected to retire.

But could Manning end up sticking around the organization once his time as quarterback is done? Just like Peyton Manning has been the center of plenty of General Manager speculations, some believe that Eli would be cut out to go into coaching when his playing days are over.

Manning himself, however, has other ideas – not because it wouldn’t work, but because of a lack of desire.

“You look at it like, â€˜OK, well would I like to get into coaching one day?â€™ Maybe that was the mindset. I learned I donâ€™t want to be in coaching. I donâ€™t like it. I donâ€™t like doing that aspect,” Manning said.

He was speaking about his thoughts following his benching, which happened only three weeks into the season. Manning wasn’t expected to hit the field once again after that benching, even though he’s in position to finish out the season right now depending on if Jones comes back or not.