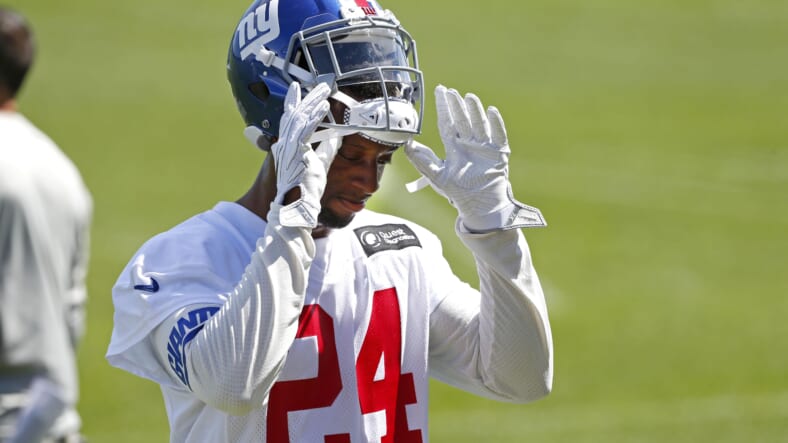 The New York Giants, like every NFL team, have made some slipups in the draft during the past 15 years. The Giants have perhaps made more of these mistakes than other teams, as they’ve had several high draft picks end up making little impact in the grand scheme of things. While other teams during the same period are known for drafting well and converting their first round picks into longer term starters, the Giants have partly stayed in the rebuilding phase for as long as they have because of their drafting.

But out of the players they’ve missed on during the past fifteen years, which of them is the worst? This question was asked not just about the Giants, but about every team in the league by Pro Football Focus.

In the case of the Giants, the pick that was named the worst was Eli Apple. That might surprise some, not because of any feeling that Apple was a good draft pick but rather because the name chosen wasn’t ninth overall pick Ereck Flowers.

Apple lasted only two and a half years in the Big Apple before he was dealt midseason to New Orleans for a fourth- and seventh-round pick. His tenure with the Giants was marred by reported maturity issues. He allowed a passer rating over 100 in both seasons as a starter.

Is Apple really the Giants’ worst pick in 15 years?

Apple did have plenty of issues which brought him criticism, ranging from his on the field play to getting into locker room disputes with teammates to his mother’s overbearing presence rubbing some the wrong way.

Furthermore, many of the same narratives about Apple ended up applying to DeAndre Baker, who the Giants would select in the first round years later at the same position. While these narratives were never as dramatic as Baker compared to the ones around Apple, they do make Apple’s case less distinct.

What do you think? Is Eli Apple really the worst pick the Giants have made in the past 15 years, or is another under the radar player more deserving of the title? And can Apple really be called the worst when DeAndre Baker spent less time with the Giants after being drafted in the first round to play the same position?