New York Giants: Did Kyle Lauletta Save His Job Against Patriots? 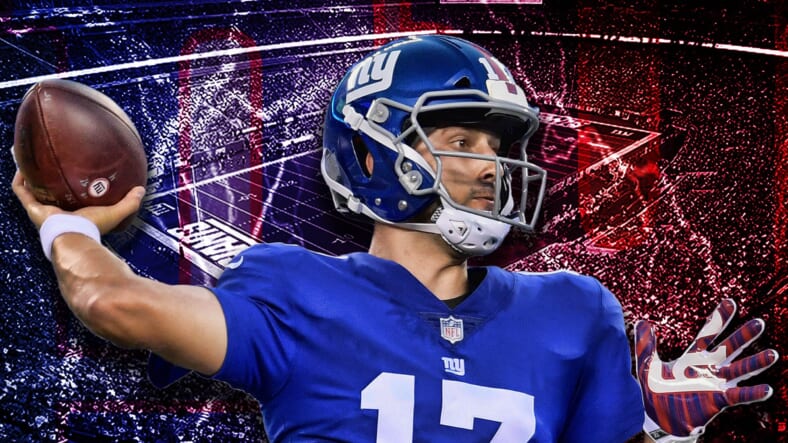 Kyle Lauletta had some good looking moments in the final preseason game for the New York Giants – the quarterback found himself on the outside looking in with the quarterback rotation after the team made the decision to draft Daniel Jones at number six overall, only a year after they took Lauletta as a mid round pick in 2018, but hasn’t been eliminated completely from the hunt for a roster spot even with Jones and Alex Tanney looking like the team’s preferred options for their backup positions this year.

How does this most recent preseason game, the final one of the season, affect things for Lauletta?

Well, considering the extended playing time that the fourth stringer received compared to Alex Tanney and Daniel Jones, with Eli Manning not playing at all in this game, there’s a few options.

The first is that the Giants are interested in giving Lauletta another shot even after a first season which was thoroughly unimpressive, with Lauletta getting into trouble for dangerous driving off the field and not completing a single pass when given some playing time in the regular season during the late part of a blowout game.

But with the team placing Tanney and Jones higher in the rotation, it doesn’t seem that’s the most likely option. Keeping four quarterbacks on the team isn’t sustainable. One of them is going to leave, and it’s not going to be Manning or Jones, leaving Tanney and Lauletta as possible trades or cuts.

The alternative explanation is that the team is looking to shop Lauletta to other teams for a trade – there were plenty of talks about a trade earlier in the year but the Giants never found a partner and such a deal never happened. Could the good throws, extended playing time, and game winning touchdown against the Patriots change that up?

Maybe. Lauletta doesn’t have a good track record this year. But while it’s impossible to give a final verdict at this point, it’s safe to say that the preseason performance might be enough to keep the player in the league, especially as Lauletta is only in his second year and has room to grow.

Will that come in the form of a trade, though? The answer isn’t a definitive one – it seems unlikely, but with the Giants still seemingly shopping the player, only time can tell.