New York Giants: Did Joe Judge just lose his chance at coming back next season? 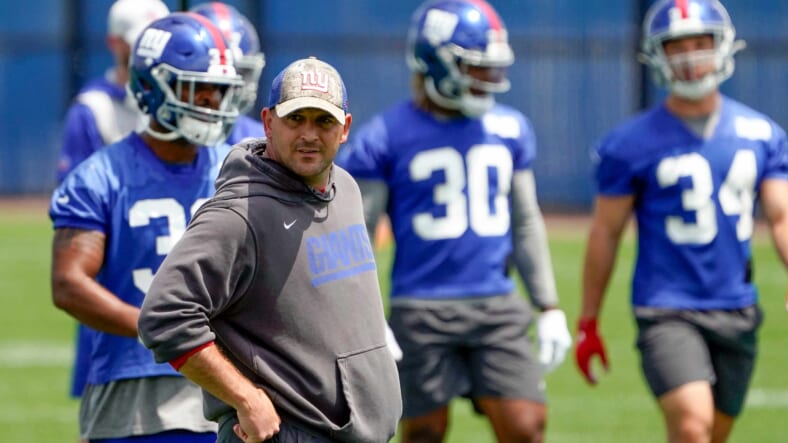 This season hasn’t gone the way the New York Giants have intended, and that especially looks bad for Joe Judge. We’re midway through his second season in charge, but there hasn’t been much to show for other than a late push last year and flashes of potential this year.

On Monday Night Football, the Giants just had a chance to prove that some progress has been made by beating one of the top teams in the NFC. But that didn’t happen, and even worse, the game got away from the Giants and they hardly looked like a team that should be on the same field as Tampa Bay by the end of the game.

This was a chance for Joe Judge to earn some goodwill with the fans, and with the owners who will have the final decision on whether he keeps his job. With the actual result from this game being a 30-10 loss, it’s unclear what the future of the head coach position is now.

A lack of progress from Joe Judge

The expectation for the Giants this season was progress. Many acknowledged before the season that the Giants would have a tough time making the playoffs, but would still be satisfied if the team took steps forward and was still in the running down the stretch. In other words, fans want to see a team that’s competitive through the important parts of the season and not just in select games against bad teams when the division race is already out of hand.

By and large, the team hasn’t made that progress this season. In fact, it looks like the team regressed when they were faced with a big moment. In their past three games before this one, the Giants had 302, 300, and 247 total yards of offense. They only had 215 against Tampa Bay despite getting back multiple offensive weapons.

The Giants were always going to be an underdog when taking on the defending champions, but the manner that they lost and the under-utilization of their talent is what will add more pressure for the coaching staff. Wins against a struggling Panthers team or a Raiders team tied up in off the field issues aren’t enough for a worthwhile season. Eventually, progress has to come in the form of winning some of these more difficult games.

Under Judge, the Giants haven’t yet looked like a team that can do that. While Judge’s first season was excused for multiple reasons ranging from his newness to COVID-19, it’s harder to justify the same kind of performances happening on a consistent basis after the Giants spent big in free agency.

Will Judge keep his job?

The question of whether Judge will keep his job will probably be answered this offseason.

The Giants aren’t the kind of organization that likes to fire their coach in the middle of the season, and the team’s owners have shown little sign so far of wanting to throw in the towel and blow up the current rebuild. But ending that rebuild and starting fresh will almost certainly be on the table headed into the offseason, based on how it’s gone so far.

Oftentimes, if there’s a new GM, the decision on whether to keep the current head coach will come down to the GM. This looks like the most likely outcome for the Giants, because Dave Gettleman has been with the team for longer than Judge and his performance is harder to defend.

At this point, it seems nearly certain that the Giants will have a new general manager. That GM might end up with the decision to keep or fire Judge, but despite showing flashes of potential as a head coach, it’s honestly hard to say based on his current track record and lack of progress that any GM would volunteer to keep him on board and risk setting back a new rebuild.