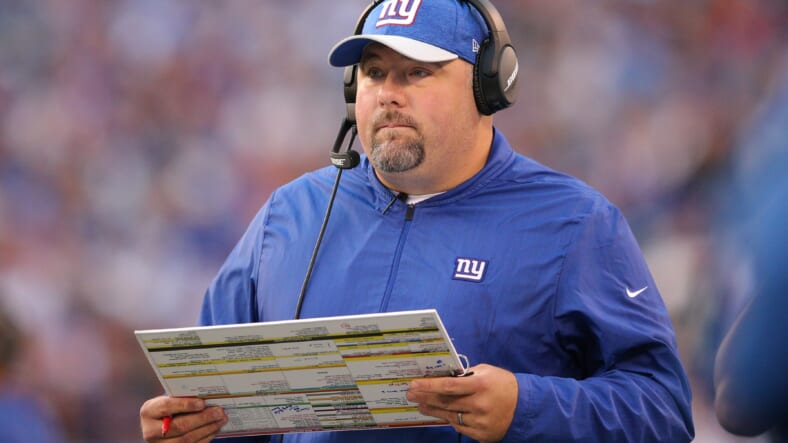 With the second mandatory minicamp practice in the books, we can see slightly more about the current state of the New York Giants. The team’s defense is young this year following the departure of a number of veteran players including Landon Collins, Olivier Vernon, and Damon Harrison, but so far through the first two days, it’s been getting praise. That’s not just from head coach Pat Shurmur but from James Bettcher, the team’s defensive coordinator.

“They are working extremely hard and doing everything they are asked to do. Very aware of things they need to improve on,” Bettcher said about the team’s young players up front. “I think I said it before, we are really big on writing prescriptions for our players. The thing they individually need to improve on, we include our players in those conversations as well.”

“When you see him rush, a year ago he was trying to get off the ball as quick as he could and use his hands when he could. Now, you see a guy that is aware of how he wants to rush, aware of techniques that he wants to rush with,” Bettcher also said on the subject of outside linebacker Lorenzo Carter. “The second thing, he is practicing as hard as anyone on the field right now. He is running around and has been a great example that we have been able to show defensively of just straining and effort, finish.”

Lorenzo Carter is expected to have a larger role this season with the departure of Olivier Vernon to the Cleveland Browns. With Vernon having a disappointing season last year, the expectations are on Carter to give the Giants better performances from the position.

Training camp will begin near the end of July after minicamp is over, which means there’s still time for players to learn and grow this offseason. However, it’s mostly been smooth sailing so far.