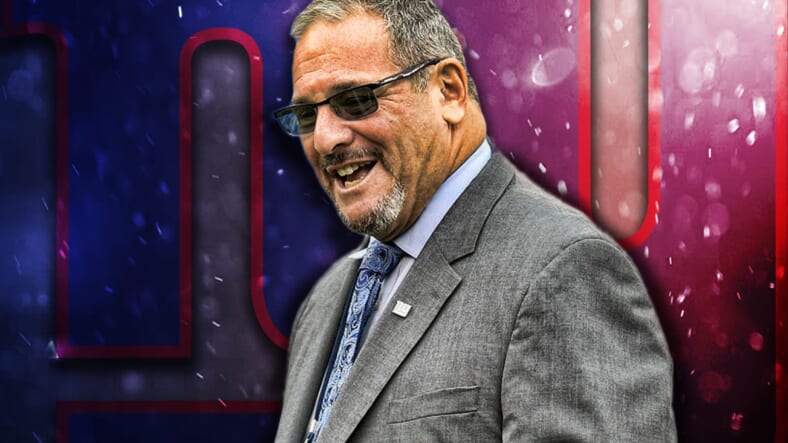 The world pandemic coronavirus has put a halt on the entirety of the sports world- except for the NFL Draft. The draft will look a lot different this year, but it is still set to take place on April 23rd.Â TheÂ New York GiantsÂ are preparing for the 2020 NFL Draft like every other team during COVID-19, facetime interviews with prospects, and zoom meetings with team personnel. Dave Gettleman stated that the Giants have “had minimal issues” with their virtual draft meetings.

Gettleman can be seen working from home, prepping for the draft with his giant binder full of scouting profiles and his laptop in the Tweet below:

The Giants possess one of the worst offensive lines in the NFL. The unit has seen minimal improvement in recent years. Many fans of the franchise want to see an offensive tackle drafted in the first round. While Gettleman did not guarantee that to happen, he did acknowledge that the offensive line will be addressed at some point in this draft.

When asked about his feelings on the offensive tackle position, Gettleman said that the Giants “felt with the depth of the tackle class in the draft.” This was the reason for the team not signing a big-name tackle in free agency. This could mean that the Giants are eyeing first-round offensive tackle prospects. But the key term “depth” could also indicate that Big Blue will prioritize the position in the later rounds of the draft.

Dave Gettleman also offered this insight for his plans with the center position:

Where do Giants stand at center? Dave Gettleman said they won't know about Halapio's Achilles injury until the summer and Spencer Pulley has a lot of experience. As always, he adds, "I'm not afraid to draft over a guy. That's a fair question and we're going to look at it."

Gettleman will conduct another conference call this Friday. This call will focus solely on the draft. Maybe Gettleman will give us a few more tidbits letting us know what his plan for the virtual 2020 NFL Draft will be.