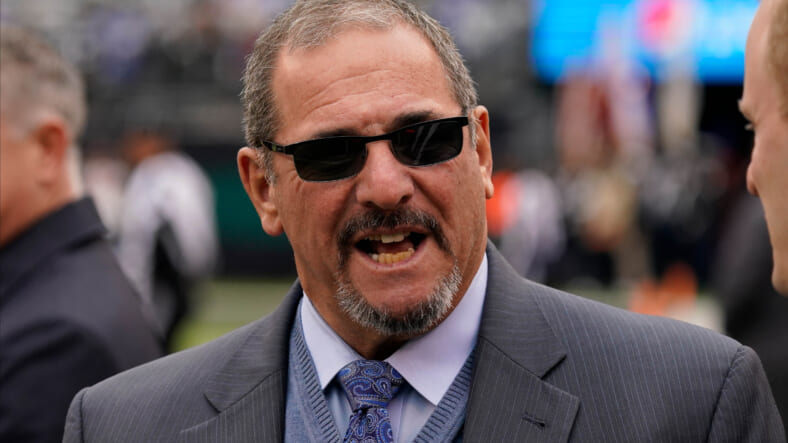 Those who are already looking ahead to next season’s free agency may not have to wait so long for the New York Giants to make some moves. While General Manager Dave Gettleman has stayed away from negotiating new contracts during the season before, that appears to have changed. The shift may end up affecting some of the most relevant players for the Giants, such as running back Saquon Barkley and safety Jabrill Peppers.

“I think it depends upon the guy, I think it depends upon where the team‘s at. I used to feel that it was a bad idea, but not so much. Have I changed my idea on that? Yes, I’m a lot more flexible on that,” Gettleman told reporters on Tuesday when asked about his current position on negotiating contracts in-season.

He was specifically asked if Jabrill Peppers could be one of the players that enters early negotiations, but Gettleman refused to go into detail about specific contract situations.

Peppers is set to enter unrestricted free agency following this season. Due to the team’s depth at safety and their ability to recover from losing Peppers’ presence at the position, a trade before the deadline looks like a possible outcome to ensure that the Giants get something back rather than letting the player walk. If the Giants are planning on making such a move, it makes sense that Gettleman isn’t willing to speak publicly on Peppers’ contract just yet.

Saquon Barkley, on the other hand, is set to become an unrestricted free agent in 2023. Given his important role in the offense and the future of the franchise, it’s likely the Giants work out a deal before the point where Barkley hits the open market.

Could that deal make progress this season after Barkley makes his return? We’ll have to wait to find out, but much of it likely depends on just how fast Barkley gets back up to speed and whether his performance on the field gives him the leverage for a larger payday come contract time.