New York Giants: Dave Gettleman could do the unthinkable in the 2020 NFL Draft 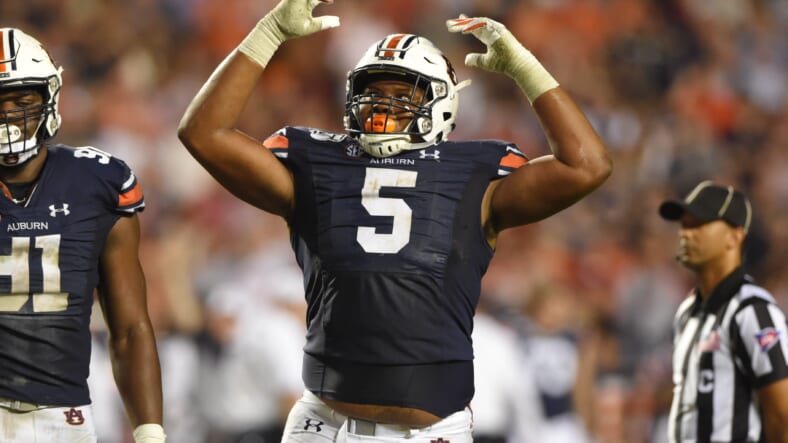 The New York Giants have plenty of needs that require allocation of resources this offseason, but one unit that is all but set in stone if GM Dave Gettleman re-signs Leonard Williams is interior defensive lineman.

Given Williams is retained on a multi-year deal, the Giants still have Dalvin Tomlinson and Dexter Lawrence on the roster, already marking their three starters for the foreseeable future. Gettleman, however, is reportedly enamored by Auburn defensive tackle, Derrick Brown.

â€œBest player. You want to use unrestricted free agency to put yourself in a position so that you can draft the best player. More often than not, when you draft for need, youâ€™re going to make a mistake.â€

The Giants will make moves in free agency, which will give us a great idea of who their draft target will ultimately be. If they go out and sign star cornerback, Byron Jones, we can write Jeff Okudah out of their draft plans. The same concept can be used for Leonard Williams and Jadeveon Clowney. Potentially even Cory Littleton and Joe Schobert if Gettleman elects to spend money at the linebacker position.

However, Gettleman can royally blow our minds if he takes Derrick Brown with the 4th overall pick, especially when there are multiple top tackle prospects and Isaiah Simmons on the board.

During the NFL Combine, Brown stated that teams aren’t looking for interior defensive lineman anymore, but rather multi-positional players.

â€œA lot of teams say they donâ€™t even scout for defensive tackles or nose guards no more,â€ Brown said. â€œThey scout for D-linemen. They want to find guys that can play the positions across the board.â€

Gettleman and new head coach Joe Judge are both in the same boat when it comes to mentality and play-style at the NFL level. They desire smash-mouth players who can play multiple relevant positions when called upon, and that’s what the Giants are seeing with Brown — a player who can stop the run but also rush the passer from an interior standpoint.

Brown finished 2019 with 4.0 sacks and 11 tackles for a loss — decent numbers for a big defensive tackle, but his production likely wouldn’t breach that of Williams’ in the NFL in his rookie season. I prefer the Giants to stick with Leo and trade back, given the opportunity. This would allow them to accumulate more draft capital and still have a shot at landing Simmons or a tackle.