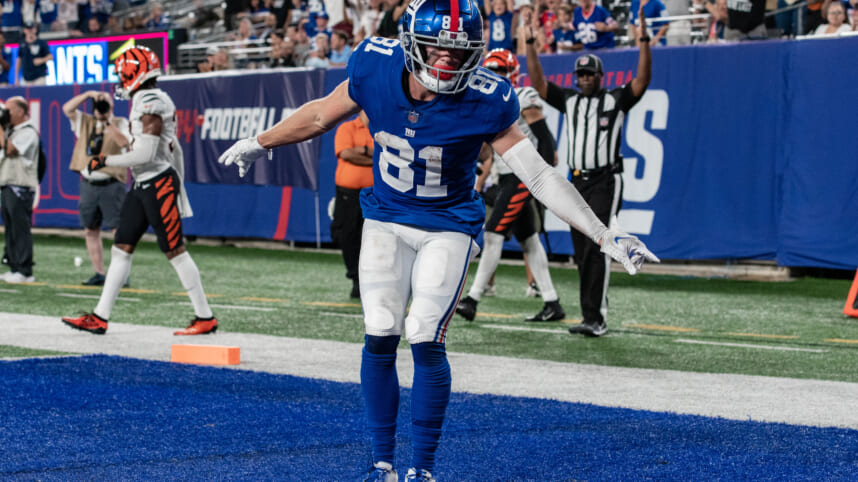 The New York Giants are coming off a disappointing loss to the Dallas Cowboys on Monday night at MetLife Stadium, but their first defeat of the season isn’t the only piece of bad news.

Veteran receiver Sterling Shepard suffered a noncontact injury with moments left in the game, going down in immediate pain. It is expected that Shepard suffered a season-ending injury that would likely spell the end of his tenure with the Giants, leaving yet another hole in a thin WR group.

Shepard played in over 72% of offensive snaps in all three weeks, receiving 20 targets over his last two games combined, including 11 receptions. He was undoubtedly one of Daniel Jones’s top targets in the passing game, but now the Giants must replace his services, and with minimal salary space, it will be a difficult task.

The New York Giants will be looking for support:

Reports last week indicated that the Giants and head coach Brian Daboll were intrigued by Cole Beasley, who played in his offense with the Buffalo Bills. Beasley ended up signing with the Buccaneers, but since he’s on their practice squad, he’s free to leave at any time if another club offers him more money.

However, there is a familiar face that Daboll and general manager Joe Schoen may target, Alex Bachman. The 26-year-old receiver had a fantastic preseason, recording 166 yards and two touchdowns. In fact, against Cincinnati Bengals, he hauled in 11 receptions for 122 yards and two scores. Given the immediate need at receiver, I wouldn’t be surprised if Bachman was called upon and activated immediately since he knows the system.

When Richie James is considered the team’s top option, it is clear they desperately need more support. Hopefully, they can get Wan’Dale Robinson back from an MCL sprain in the coming weeks, especially since he will play an integral part in the development of the offense moving forward.