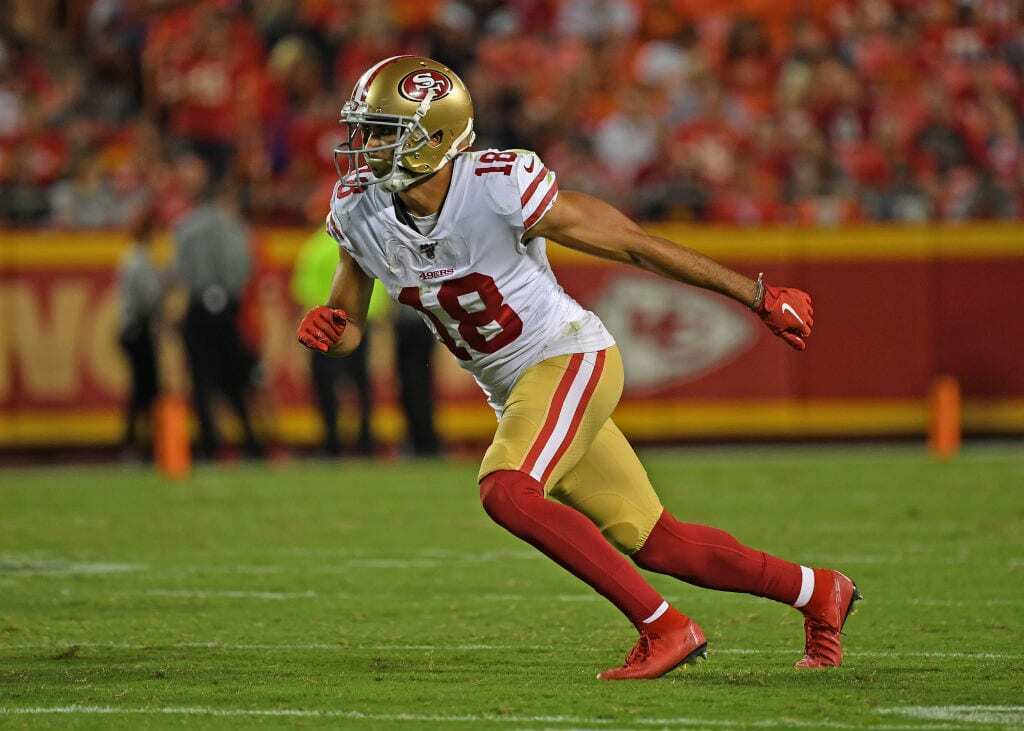 The New York Giants stood still at the 2020 NFL trade deadline, holding onto trade-candidates like Golden Tate and Kevin Zeitler. It was a quiet deadline across the league with minimal trades made this season. But after the deadline, plenty of teams reshaped their rosters, cutting players that they were unable to trade before the deadline.

The San Fransisco 49ers were one of the teams that made a surprising cut this week, waiving wide receiver Dante Pettis. Pettis is a former second-round draft pick that has now been claimed off of the waivers by the New York Giants, according to Adam Schefter.

This roster acquisition comes in the wake of the news that the Giants have told veteran wide receiver Golden Tate to stay away from the team for disciplinary reasons. Tate has been frustrated with his role in the Giants’ offense and has made his frustration public. Now, it does not look like his role will expand anytime soon with the acquisition of Dante Pettis.

Dante Pettis is 25-year-old, third-year wide receiver that was waived by the San Fransisco 49ers after a few disappointing seasons. Pettis was an exciting prospect coming out of college that many 49ers fans believed could be a true weapon in Kyle Shanahan’s offense. Unfortunately for Pettis, he never put the talent together in San Fransisco. But he will now have a chance to turn things around in New York.

The New York Giants claimed Dante Pettis off of the waiver wire on Wednesday afternoon. New York’s lowly 1-7 record placed them high on the waiver priority. The Giants’ offense has been missing an outside receiving threat opposite of Darius Slayton.

Dante pettis has not seen the field much this season. He has had only one target thrown his way and 0 receptions to show for it. San Fransisco had made Pettis a healthy scratch for a few games this season, as well, so the writing was on the wall.

Pettis is also a player who has struggled to stay healthy throughout his young career, injuring his knee on multiple occasions. But in his first two seasons, Pettis flashed potential when on the field. In his rookie season, Dante recorded 27 receptions for 467 yards and 5 touchdowns, including a 75-yard touchdown reception. Pettis could be a new home-run hitter for the New York Giants’ offense.