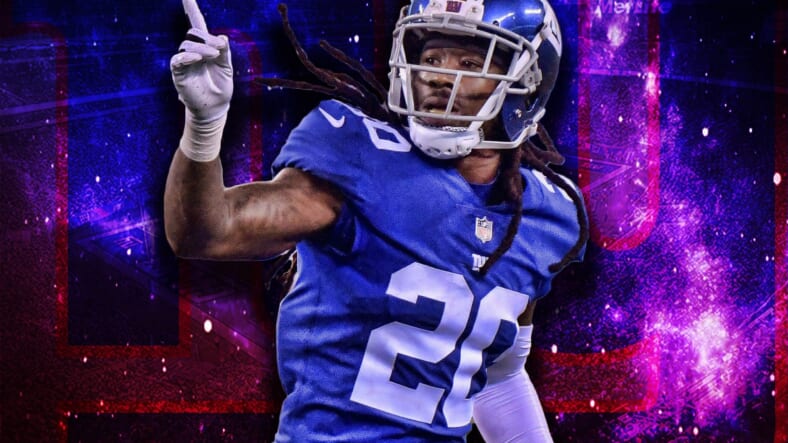 The New York Giants have missed the playoffs in seven of the last eight seasons. The last time they made the playoffs was in 2016. New York was lead to the playoffs by its excellent defense.

During the 2016 season, the Giants’ defense was so dominant that it lead the league in fewest touchdowns allowed with only 25. Much of the Giants’ defensive success that season can be attributed to the team’s big free agent signings during the prior offseason.

One particular player that the Giants signed had a huge impact on the defense. Cornerback Janoris Jenkins was an absolute shutdown cornerback in 2016. The No. 1 corner allowed just 50 percent of passes thrown his way to be caught, settling him in as a 2nd Team All-Pro.

Janoris Jenkins has not been his best these past two year. His Pro Football Focus grade has plummeted from 88.4 in 2016 to 68.0 in 2018. Luckily for the Giants, Janoris Jenkins has the potential to rebound in 2019 and become a shutdown cornerback again.

Why Janoris Jenkins Will Rebound:

Janoris Jenkins struggled during the 2018 NFL season, but at times he looked like his old self. Particularly at the end of the 2018 season, Jenkins looked much better.

In the final 5 games of the 2018 NFL season, Jenkins returned to his shutdown form. In those last games, Janoris allowed 0 touchdowns with a 61.5 opposing passer rating and only allowed 46.2% of receptions.

There is one game in particular that Janoris Jenkins really stood out in. In week 13, the Giants hosted the Chicago Bears and took them down in overtime. Janoris Jenkins played a big part in helping Big Blue secure that win.

According to Pro Football Focus, Jenkins was targeted six times in coverage in the Giants overtime win over the Bears but allowed just one reception for 12 yards. He also tallied 3 pass breakups in that game, meaning he forced more incompletions than completions allowed.

There is another reason why Janoris Jenkins might improve in 2019: he has help. The Giants’ defense has lacked talent for the past two seasons. Luckily, the Giants recognized this and made a strong effort to fix the defense in the 2019 offseason.

Janoris Jenkins is now a leader on the Giants’ defense. He has a plethora of talented, young defensive backs that he needs to help prepare. These young players, such as DeAndre Baker and Julian Love, are going to learn from Janoris Jenkins, but also help him.

Janoris Jenkins is a quality starting cornerback and it is about time he gets paired with a couple more quality corners. The additions of Love and Baker will benefit Jenkins by making him play with less responsibility and giving him the ability to rely on his teammates in the secondary. Altogether, the Giants defense will rebound in 2019 thanks to the improved secondary.