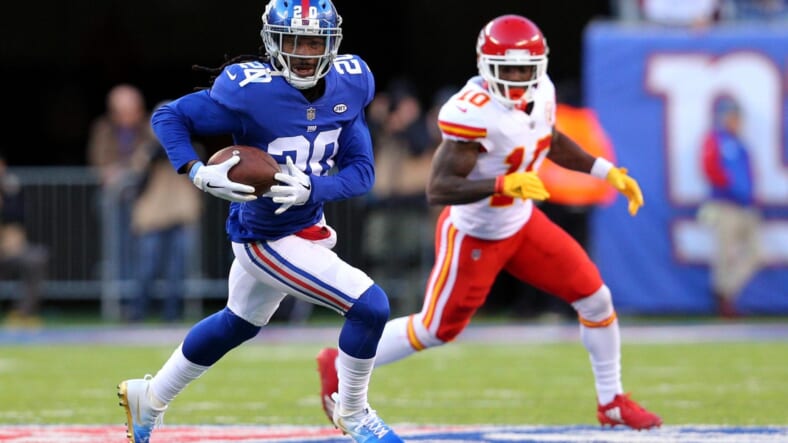 A lot of people didn’t think cornerback Janoris Jenkins would survive the offseason with the New York Giants, following a number of other roster moves such as letting Landon Collins walk as a free agent and trading away defensive starters Damon Harrison and Olivier Vernon. The Giants are getting a new look on defense and it looked like Jenkins could go away too as part of overhauling the secondary, but somewhat surprisingly, that’s not happening.

Instead, Jenkins is going to be one of the players relied upon this season to help out the new group of players coming in following the NFL Draft. While Daniel Jones might be the headline player in this draft class for better or worse, the Giants did make big strides to improve the secondary with a trade into the first round to secure Deandre Baker, as well as the decision to draft Julian Love later on.

Both players are expected to make an impact and both players are believed to have been drafted by the Giants for less than their actual value. And with the Giants coming into the draft without much secondary depth and drafting these players to help solve the problem, as well as fellow defensive back pick Corey Ballentine, there’s a lot of teaching to be done.

“Janoris has a bunch of puppies heâ€™s got to train,” said General Manager Dave Gettleman, following the Draft.

Head coach Pat Shurmur also had some things to say, showing just how highly the team’s management thinks of Jenkins.

“Heâ€™ll become a good teacher. I admire Janoris. Heâ€™s tough. Heâ€™s competitive. He always answers the bell, and Iâ€™ve gained a huge appreciation for him coaching him… Put all these young guys in a room with him, and I think Janoris will be Janoris, and if these young guys are smart enough to listen, then theyâ€™re going to learn a lot of really good stuff,” said Shurmur.

Jenkins definitely has big expectations this season, both as a leader and as one of the leading members of the secondary, and one of the main members of the defense in general to survive the sweeping changes implemented by Gettleman. Based on past play, it looks like Jenkins might just be up for the challenge.