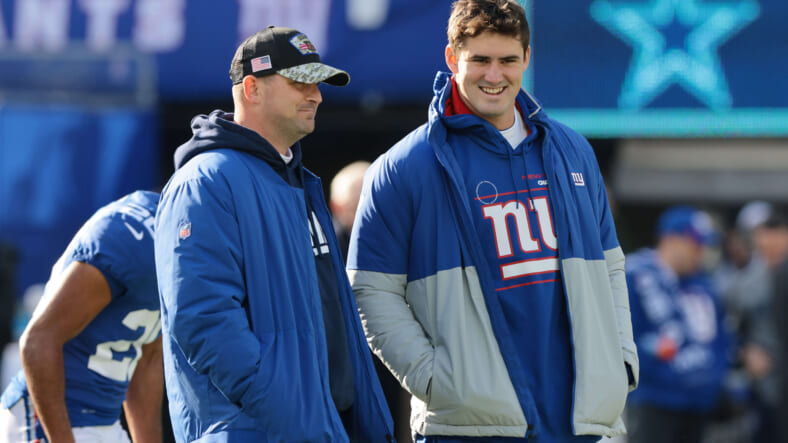 En route to finishing the season with 13 losses, the New York Giants found another way to embarrass themselves in front of the rest of the league. This time, the reason was one of the most bizarre play calls in recent memory – the decision to use the QB sneak in an almost victory formation while driving from their own goal line.

A sign of difficult times for the Giants’ offense as they run a QB sneak from their own 4-yard line on 3rd & 9 from this formation. pic.twitter.com/zFHSHsJikA

The Giants, in fact, ran back to back quarterback sneaks. The second one came on third and nine, and predictably, didn’t come up with a first down.

The play essentially sums up how the past few weeks have gone for Joe Judge. Headed into the last games of the season, reports indicated that the team’s ownership was willing to give Judge another year. But after a few heavily criticized press conferences where Judge said far too much, and after putting the Giants in the spotlight for the wrong reason again with these play calls that give the appearance of giving up, that might not be the case now.

Judge, after all, has cited the team not quitting as being one of the main strengths of his tenure. But after watching the Giants make calls like this, obviously playing to minimize risk rather than playing to win, there’s an argument to be made for whether or not the coaching staff is the one that has given up.

The Giants tend to be more patient than other franchises when it comes to hiring and firing. Judge would have had a much better chance of keeping his job if he managed to avoid attention for the last few weeks of the season.

Unfortunately for Judge, that ended up being an impossible task as even the playcalling in the final game has received scrutiny. And the recent press conferences have been the opposite of avoiding attention. If anything, Judge’s comments before the Washington game may be the worst sin in the eyes of John Mara, who cares about professionalism more than many other owners.

If even star players such as Odell Beckham Jr. didn’t get a long leash when making a stir, it’s doubtful that the embattled Judge will simply get away with what looked like an attack on another team – another team that is currently more successful, at that.

We may find out on Monday whether the Giants are keeping Judge or not, assuming the decision is already made and the team is simply waiting to announce it. But after today, and the last weeks, the odds of Judge coming back seem far lower than they were even a short time ago.