New York Giants: B.J. Hill Has Potential To Be An Elite Defender In His Second Season 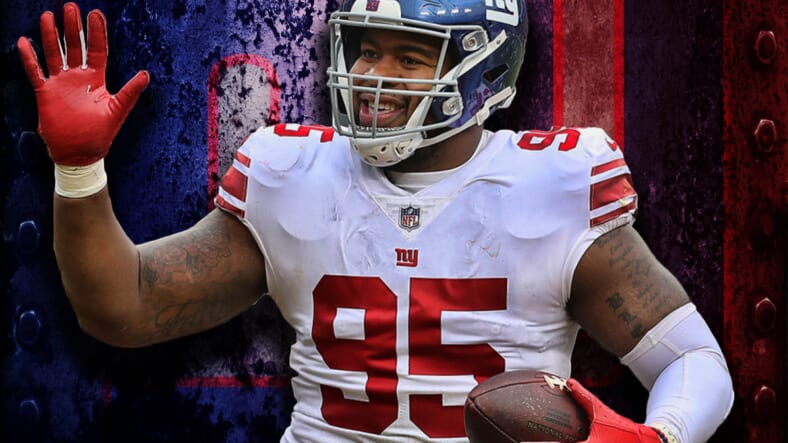 The New York Giants sneakily had one of the best draft classes in the NFL last season. They drafted the AP Offensive Rookie of the Year in Saquon Barkley in the 1st-round. Big Blue then went on to draft starters in each of the next three rounds.

The Giants selected Will Hernandez in the 2nd-round of the 2018 NFL Draft. Hernandez stepped in as a talented starter immediately. New York then drafted to defenders in the 3rd-round.

The Giants’ first pick in the 3rd-round of the 2018 NFL Draft was Lorenzo Carter. He was a raw prospect who flashed tons of potential as a rookie but will need to make a leap in 2019 as a starter.

Unlike Carter, the Giants’ second pick in the 3rd-round (B.J. Hill) has already proven himself to be a solid defender. If Hill can build on his rookie season in 2019, he could prove to be an elite defender in his second season.

B.J. Hill was quietly one of the best rookie defensive linemen in the NFL in 2018. He was a disruptive pass-rusher from the interior, as well as a solid run-defender.

According to Pro Football Focus, B.J. Hill posted an above-average grade of 69.7 last season. This is especially impressive when considering Hill was only a rookie in 2018.

Hill was third in the NFC in run stops with 22. This puts Hill in elite company, considering the star defensive linemen in this division (such as Fletcher Cox, Tyrone Crawford). The Giants’ very own Dalvin Tomlinson lead the division with 26 stops. Hill and Tomlinson combined to create a fearsome duo in 2018.

Tomlinson was the Giants’ best run defender in 2018, but Hill was the defensive line’s best pass-rusher. In fact, B.J. Hill was one of the best rookie pass-rushers in Giants history. B.J. Hill set a New York Giants franchise record in 2018. His 5.5 sacks were theÂ most ever by a rookie in Giants history since the sack became an official statistic in 1982.

B.J. Hill tallied 27 pressures as a rookie according to PFF. He also had 8 quarterback hits to go along with his 27 pressures and 5.5 sacks. Hill even totaled 6 tackles for loss and 48 combined tackles.

As B.J. Hill and Dalvin Tomlinson continue to progress, the Giants’ defensive line will progress into one of the league’es best. The Giants threw Dexter Lawrence into the mix this offseason, giving the Gmen a beastly defensive front. The New York Giants now have one of the best young defensive fronts in the NFL.