Check Out How The Media Graded The Giants’ 2018 Draft Class 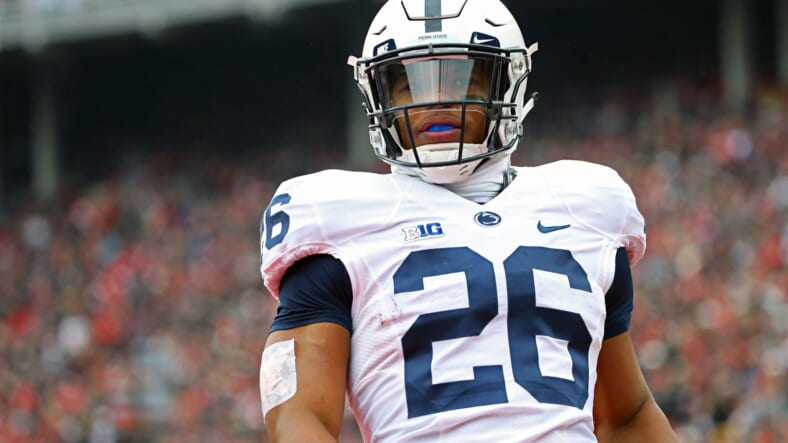 The New York Giants absolutely dominated the 2018 NFL draft, putting them in a position to fill several holes on both sides of the ball with unique, dynamic talent.

Big Blue comes away with a franchise running back, something the team has lacked for years, a stellar offensive lineman, a starting linebacker, two quality defensive tackles, and a quarterback to add to the mix.

Overall, the draft was a HUGE success in Dave Gettleman’s first season as general manager for the Giants.

Let’s take a look at how the media graded the new draft class:

â€œWhat a monster first draft in New York for Dave Gettleman. He transformed the Giants’ running game with the banging Barkley-Hernandez combination. He also got good value when landing the types of front-seven players who fit their new 3-4 base defense under James Bettcher, led by Carter’s pass-rush upside. The Giants didn’t forget about QB, either, with Lauletta set to compete with Davis Webb for the right to succeed Eli Manning.â€ â€“ Vinnie Iyer

So, why did we give the Giants an A- instead of an A+? Well, you have to leave some room open for speculation. The Giants decided to trust their guns in Eli Manning and provide him with several tools to upgrade the offense (Saquon Barkley). This move could backfire if Sam Darnold, Josh Rosen, or Josh Allen develop into superior talents. Additionally, the Giants only drafted one offensive lineman, which was a bit disheartening as there were several quality options left on the board. If injuries begin to pile this could cause serious issues.

Overall, the Giants have turned the culture around in just one offseason and added several key pieces to the puzzle. Gettleman has made it a priority to fortify the trenches and add big “hog mollies” to protect Manning and co.

A superb draft all-around for the Giants — something we haven’t been able to say in recent years.