New York Giants are getting insane value out of backup cornerback 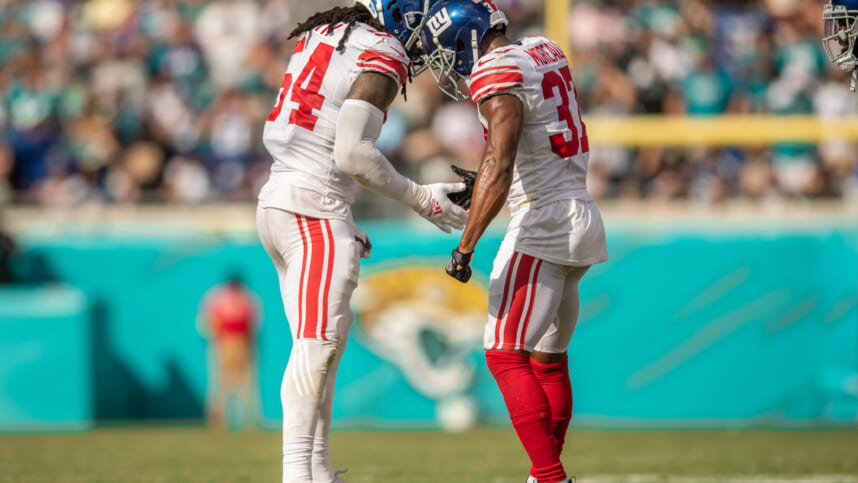 The New York Giants have needed many players to step up throughout this special 6-1 start to the 2022 season.

One position, in particular, is cornerback. With Aaron Robinson only starting and playing one entire game, landing on injured reserve, the Giants have needed someone to contribute on the outside opposite of Adoree’ Jackson. Over the last four games, they have gotten terrific play from sixth-year veteran, Fabian Moreau.

Starting in Week 4, the amount of reps for Moreau to be a starter has been there and only continued to build each week.

In that Week 4 game against the Chicago Bears, Moreau had two passes defended in the Giants’ 20-12 win. The following week, Moreau broke up one pass in the thriller over the Green Bay Packers. In Sunday’s win, Moreau had another pass defended.

Over the last two games, Moreau had 17 total tackles (15 solo) and has played every defensive snap for the Giants.

Moreau has a solid PFF grade of 66.4 for the Giants. Next Gen Stats had Moreau recently ranked as a top-10 shutdown cornerback, he was listed sixth following the performance he gave in the win over the Baltimore Ravens.

His most noteworthy contribution to the Giants to date was the game-saving tackle on the one-yard line in the win over the Jacksonville Jaguars.

When reviewing some of Moreau’s physical measurables and athletic gifts, there is much to be excited about. He is over 6-foot, bigger than 200 pounds, has blazing 4.35 speed, and tons of explosiveness.

Moreau is 28 years old with quality experience playing in 82 NFL games. He has done an excellent job of filling in for the Giants, and they will continue to need Moreau to keep the winning streak going.