New York Giants And Jets Could Play Less Games In 2020, In Empty Stadiums 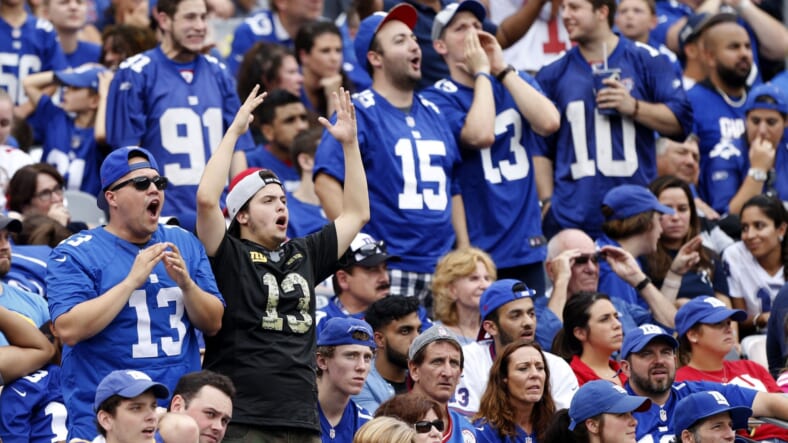 Preparations for the 2020 NFL season are continuing despite the coronavirus pandemic that has swept across the country this year, but the season may end up looking very different than what fans are used to. In fact, there might not even be as many games played depending on just how far the league goes in their measures to hold the season safely. Additionally, the New York Giants and New York Jets could play in front of an empty MetLife Stadium, or in front of only a partial crowd.

This information is according to the Washington Post, which has reported that the league is considering playing games in empty or partially filled stadiums and potentially playing a shortened regular season rather than cancelling the season altogether if the situation fails to improve quickly enough to play the full season as normally scheduled.

The NFL is contingency-planning for the potential of games in empty or partially filled stadiums and for a possibly shortened regular season, sources say, even while remaining hopeful of (and focused on) a full season in stadiums filled with fans…. https://t.co/TXUH6JP10S

The Hall of Fame Game is set for early August, which would mark the start of the preseason, and the regular season would under normal circumstances begin in September. But with businesses and regular activities such as sports not reopening yet at this point in the pandemic, it’s unclear whether the situation will have improved enough by September to have normal crowds.

Just based off the current trends, that appears unlikely, despite the games being played in empty stadiums remaining on the table as an option. Understandably, it appears that sports is one of the last things set to return, out of the industries affected by the pandemic.

“I think we’ll be able to have sports events in that phase where you actually have participants there. I’m not sure you’re going to be able to do that uniformly and evenly,” Dr. Fauci tells @jonkarl when asked what phase 3 of reopening could look like. https://t.co/SJgZ5pLFlI pic.twitter.com/SzZHhnPoWR

Next week’s NFL Draft, for this reason, is set to be held virtually for the first time, with no in-person attendance. The league, however, believes that the set up can handle any technical difficulties that come with this new format, with the unique Draft set to start on the 23rd of April.