New York Giants: 3 players to watch against the Eagles in week 14

PrevPreviousNew York Giants news, 12/9 – Is Evan Engram a trade piece this offseason?
NextEli Manning could finish out the season as Giants’ starterNext 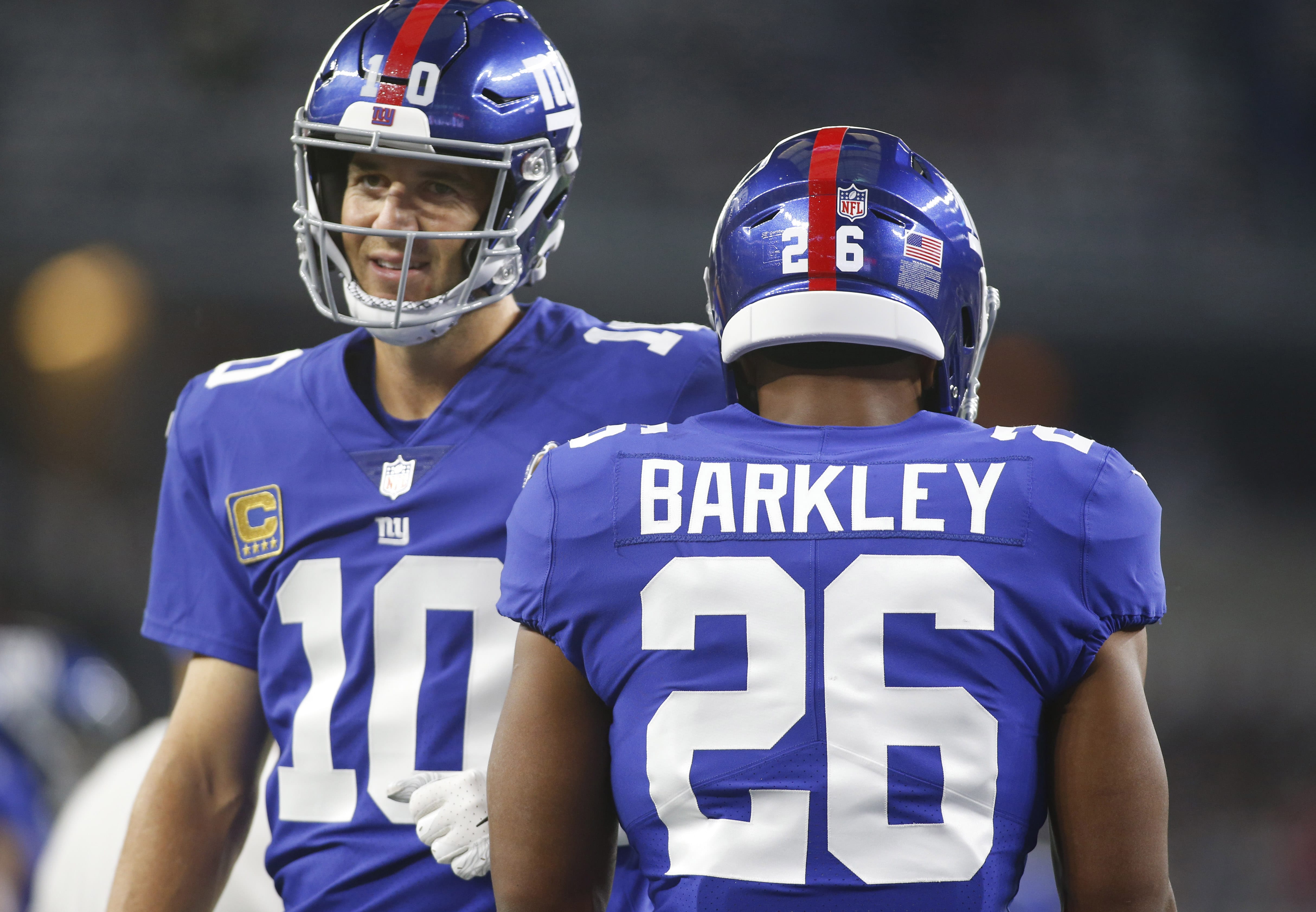 The New York Giants are preparing to face off against the Philadelphia Eagles in yet another NFC East showdown, except this time, one of the two teams is already eliminated from playoff contention in their first meeting of the season.

With rookie passer Daniel Jones ruled “out” for the game, veteran Eli Manning will get the nod, returning as the starter after being benched earlier in the season. Jones suffered a high ankle sprain against the Green Bay Packers in a snowy game at MetLife.

Jones’ injury isn’t expected to be too serious, as he’s already riding the bike and rehabbing. The Giants expect him to be ready to play the final game of the season at the very least. Manning, on the other hand, will enjoy a short farewell tour before making his probable exit from the Giants and possibly the NFL.

Manning hasn’t been a productive quarterback in quite some time, mainly due to his lack of support on the offense line and receiver corps. That reality hasn’t changed since Jones took over, and we are looking at a similar situation in week 14 against Philly.

The long-time Giants passer will be running for his life once again as left tackle Nate Solder is overwhelmed, and the trenches are invaded. However, the past 12 weeks off have undoubtedly given Manning time to reflect on his struggles and adopt a “nothing to lose” mentality, which could result in him having a great game in Philadelphia.

Of course, this would be catastrophic towards the Giants’ chances of earning a top-three pick in the 2020 NFL Draft, but it would allow Eli to go out on a high note.

Ever since Barkley suffered a high ankle sprain in week three against the Tampa Bay Buccaneers, his production and efficiency haven’t been the same. He failed to record over 72 yards rushing for six consecutive games until he finally broke the mark last week against Green Bay with 83.

Head coach Pat Shurmur insisted that Jones has done a solid job with his run-checks this year, but Manning might be able to decipher opposing defenses a bit better, giving Barkley more room to work with. His performance on Monday will provide us with a better idea of how relevant Barkley’s injury is to his struggles running the ball.

General manager Dave Gettleman is under the gun for his desire to trade for Jets defensive lineman, Leonard Williams. If the Giants re-sign Williams before the new league year, they will be forced to give up a third-round pick to the Jets; otherwise, they will only give up a fourth-rounder.

In four games with the Giants, Williams has only recorded 10 combined tackles, seven QB hits, and zero sacks. So far, he hasn’t proved he deserves a multi-year extension worth the amount some have predicted he will receive. The remaining games will be statements for Williams, who’s looking for a big deal in a contract season. Against a solid Eagles offensive line, this will be his opportunity to show he can be a force in the trenches.