Judge aims to bring discipline, structure and a winning culture to the Giants 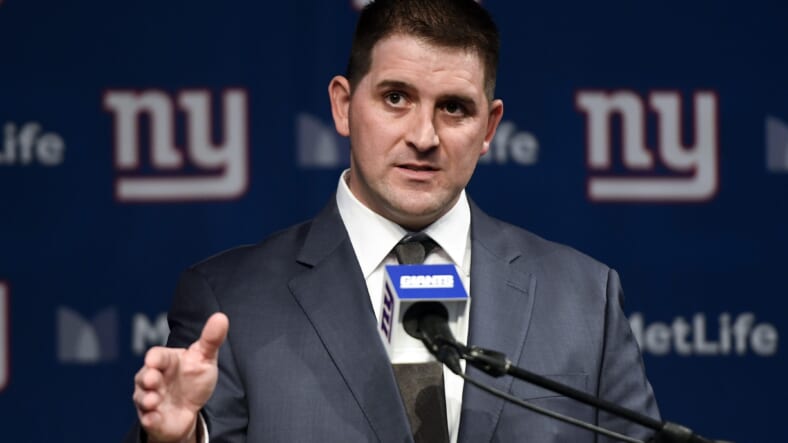 The 2020 New York Giants are going to be a far cry from that according to incoming head coach Joe Judge.

Speaking at his introductory press conference at MetLife Stadium on Thursday, Judge stood tall and confident at the podium, confident in his words and tone as he outlined what he expects to accomplish here with the Giants, a franchise that has posted losing records in six of the past seven seasons.

For those wondering who he is and what he stands for, Judge made it clear in his opening statement.

“Now, there is a question out there that Iâ€™m sure a lot of people are asking, and thatâ€™s number one â€“ who am I? Well, maybe I can explain that a little bit better, but instead of saying, â€˜Who am I,â€™ by telling you whatâ€™s relevant in this conversation with being the coach of the New York Giantsâ€” what Iâ€™m about.

What Iâ€™m about is an old school physical mentality. Weâ€™re going to put a product on the field that the people of this city and region are going to be proud of because this team will represent this area. We will play fast, we will play downhill, we will play aggressive. We will punch you in the nose for 60 minutes, we will play every play like it has a history and a life of its own, with a relentless, competitive attitude.

We will play fundamentally sound, we will not beat ourselves. That is our mission right here.”

Judge swept Giant fans off their feet on social media. This was the anti-Pat Shurmur and the opposite of Ben McAdoo. And he was believable. Judge said the team would resemble the fan base, a hard-working bunch with a blue collar mentality. He stressed that every player would be coached and every coach will teach. This will finally be a team and hard work and dedication to the task at hand will be the mantra.

“You cannot get by with some kind of magic scheme or new gimmick or think youâ€™ve reinvented the wheel,” he said. “The same things win football games that have always won football games. Itâ€™s fundamentals.”

With the young team general manager Dave Gettleman has assembled, that is just what the fans wanted. to hear. Under Shurmur the Giants seemed lethargic at times with no sense of direction or urgency. That all changed on Thursday.

“Weâ€™re going to start by showing up on time, by having a plan, for executing that plan,” he said with poise and assurance. “Itâ€™s going to be fundamentals. Iâ€™ll tell you this right now, and Iâ€™m sure itâ€™s going to come up somewhere along the lineâ€”Iâ€™m not going to be the offensive coordinator, the defensive coordinator, or the special teams coordinator. Iâ€™ll work with all three sides of the ball. But, the primary focus Iâ€™m going to have as the head coach is Iâ€™m going to make sure we are fundamentally sound, we are situationally aware, and that we play with a relentless effort.”