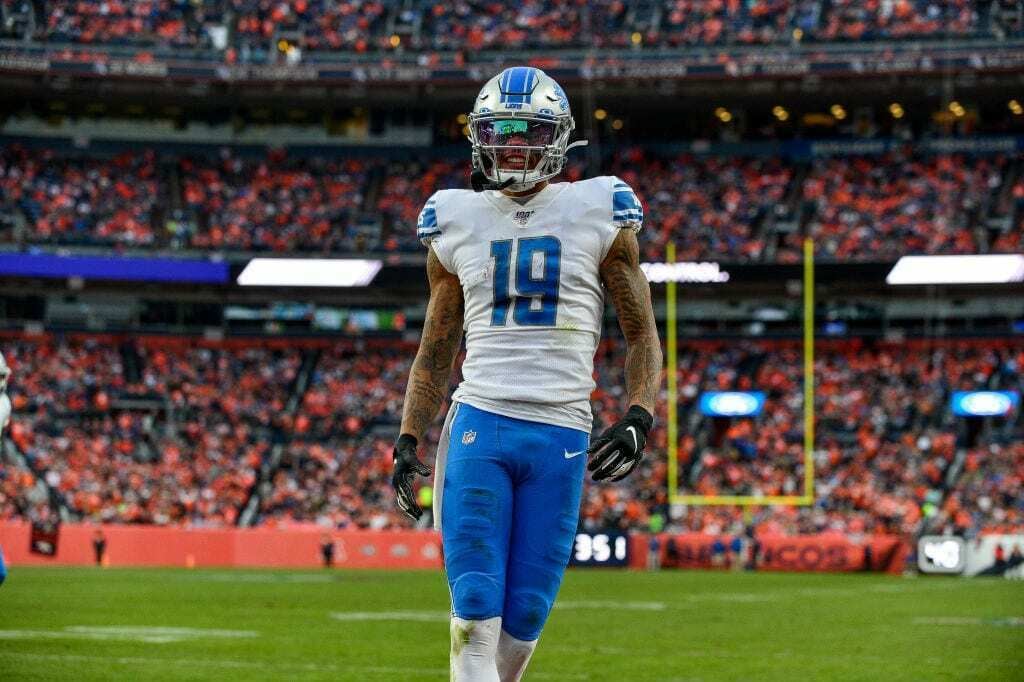 The New York Giants have one of the worst offenses in the NFL, thanks to a lack of wide receiver talent and an injury to star running back Saquon Barkley in week two against the Chicago Bears.

Barkleyâ€™s torn ACL has kept him out of the entire 2020 campaign, but heâ€™s expected to make a full recovery and return in 2021. It could be a while before he shakes off the rust and feels confident on his surgically repaired ligament, but just his presence on the offense demands attention from opposing defenses. That is a primary reason why Daniel Jones had a better season in 2019, aside from the difference in playcalling. Coordinator Jason Garrett has done a poor job developing route concepts for his receivers to get open.

However, they must find a WR1 if they want to see Jonesâ€™ Â full potential. While Sterling Shepard is a solid pass catcher, he lacks the speed to get downfield quickly and is more of a short/intermediate threat. Garrett has not used Shepard properly in the red zone as the Giants would rather call trick plays with their punter throwing to their center in triple coverage than actually use their talent to score points.

Nonetheless, this upcoming off-season presents a challenge for a Big Blue, as they have minimal cap space and will have to make some tough decisions. Those decisions range from letting Leonard Williams walk in free agency or allowing elite run-stopper Dalvin Tomlinson to take his talents elsewhere.

They will have to find ways to fit their cap properly in 2021, as COVID-19 is expected to lower team salaries by as much as $20 million. The expectation is that it will lower about $7 million, which still poses a significant problem for teams that need free agent support. The Giants are one of them, and they could look to one talented wide receiver to solve some of their issues on a â€œprove-itâ€ deal.

Detroit Lions star receiver Kenny Golladay is a potential option for the Giants in free agency. In 2019, he made a Pro Bowl appearance, hauling in 65 receptions for 1190 yards. He also scored 11 touchdowns, averaging 18.3 yards per reception. Heâ€™s a phenomenal downfield threat with the perfect frame for Daniel Jones to target in coverage.

He is 6-foot-4 and 214 pounds, but he has only played five games this season due to a range of injuries. Considering he is on his rookie deal still, the Giants could land him on a cost-efficient prove-it contract with the promise of WR1 duties.

Even if the Giants decided to allocate a draft pick towards a pass catcher, Golladay has the experience and proven talent to upgrade the offense considerably.

Of course, injuries are a problem and should be taken seriously, but the lingering problems heâ€™s dealing with should be alleviated by 2021. If they can land him on a one year deal worth about $10-15 million, it could be a perfect fit. Best case scenario, he has great chemistry with Daniel Jones, and they see fit to extend him after the 2021 campaign.