How should the New York Giants game-plan around Washington QB Taylor Heinicke? 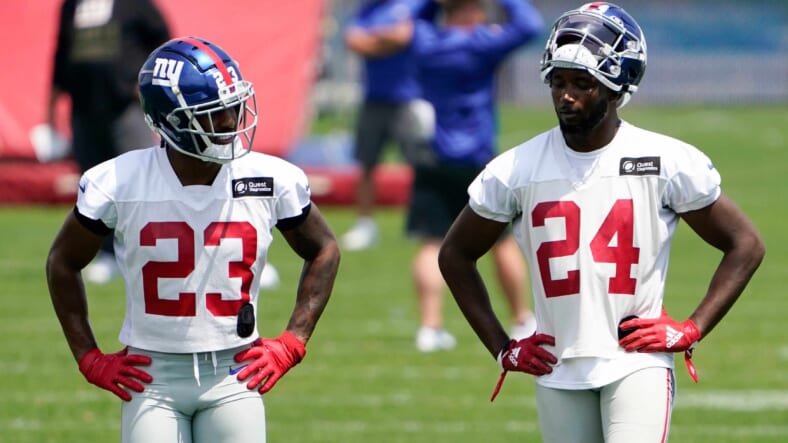 The New York Giants are preparing to take on the Washington Football Team in Week 2 on Thursday evening. After a disappointing loss in Week 1 to the Denver Broncos, head coach Joe Judge and Co. are looking to bounce back with a strong performance, especially on defense.

Fortunately for the Giants, Washington lost starting quarterback Ryan Fitzpatrick due to a hip injury, placing him on injured reserve. They will feature Taylor Heinicke as his replacement on Thursday, as the backup attempted 15 passes, completing 11 for 112 yards and a score after Fitzpatrick went down.

Heinicke presents himself as a mobile quarterback who is capable of maneuvering in the pocket and making intelligent throws. While his arm talent is subpar, he has solid accuracy in the short/intermediate range, making him a threat if the Giants play soft zone coverage.

Washington will likely rely heavily on running back Antonio Gibson to shoulder the majority of the load, but Heinicke looked fearless against Los Angeles, so the Giants will have to scare him straight if they want to take advantage of his inexperience.

Last week against Denver, the Giants tried to play more man-coverage, which is a bit different than their zone coverage scheme they deployed in 2020, which worked quite well. Defensive coordinator Patrick Graham has roots in Cover-1, which relies on man-coverage and allows the defense to blitz more effectively, getting after the quarterback.

Bridgewater was able to maneuver in the pocket and get the ball out quickly to his big targets, like tight end Noah Fant. Washington similarly has a big TE in Logan Thomas, who hauled three receptions for 30 yards last week, including a touchdown on a jump ball in man-coverage.

What to expect from the New York Giants’ defense against Washington’s offense:

Expect to see plenty of short screens to Gibson and the wide receivers, including crossing routes and underneath concepts. This will likely be a West Coast-style unit for Washington moving forward until Fitzpatrick returns, so expect the ball to come out quickly and the Giants to be limiting yardage between the sticks.

For the Giants’ defense, the mantra of the game will be to get off the field on third down. Expect Washington to use all of their available plays. The Giants gave up three 4th down conversions and 24 first downs, including seven on 3rd down in Week 1. Looking over at Washington, they converted just three 3rd downs and one 4th down conversion on one attempt.

Overall, this is a favorable matchup for the Giants, who should look to blitz Heinicke early and often to keep him flustered and off-balance. This will ultimately allow them to disguise some coverages in the secondary and create mistakes as he tries to find his receivers in traffic. The interior defensive line must have a solid performance, and with Washingtonâ€™s line mostly looking good against the Chargers, it wonâ€™t be an easy task. They should look to target rookie right tackle Samuel Cosmi in pass protection. He allowed a sack, two hurries, and four pressures against Los Angeles in the loss.