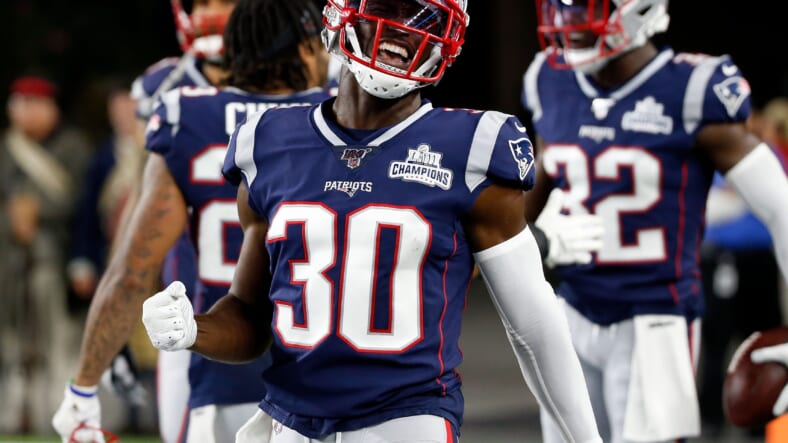 While the New York Giants signed cornerback Adoree Jackson to a three-year, $39 million deal, it seems as if theyâ€™re looking to further bolster the position. With issues at CB2 in 2020, the Giants are trying to ensure their unit remain strong even if injuries arise.

Recently, the team waived Ryan Lewis, who spent 2020 with the Giants before going down with an injury. Now, they expect Sam Beal to make a return and compete with Isaac Yiadom for an active roster spot. However, Ian Rapoport of NFL Network reported that the Giants are hosting former Patriots corner Jason McCourty for a visit.

The Giants are hosting DB Jason McCourty on a visit, per @RapSheet

We know what happens when free agents visit the Giants, they never leave ?

McCourty is a seasoned veteran who has spent 12 years at the NFL level and will be 34 this year. He played at all 16 games last season with the New England Patriots, starting in 11, earning 42 tackles and three passes defended.

While the veteran defensive back was a bit spotty in coverage last year, he can serve a depth role with the Giants and considering he has a home in New Jersey, the partnership would make sense.

Current Giant Logan Ryan played with McCourty back during his time with Tennessee, and head coach Joe Judge knows McCourty from when he coached the special-teams unit and helped as an assistant on Bill Belichick’s coaching staff.

A low-cost signing would make a lot of sense for the Giants, allowing them to pass on Patrick Surtain in the 2021 NFL draft and maybe take a flyer in the mid-rounds to develop. McCourty is coming off a two-year, $10 million deal with New England but will likely make far less than the $5 million average he made during the duration of that deal. A one-year, $2 million contract seems reasonable for both parties.