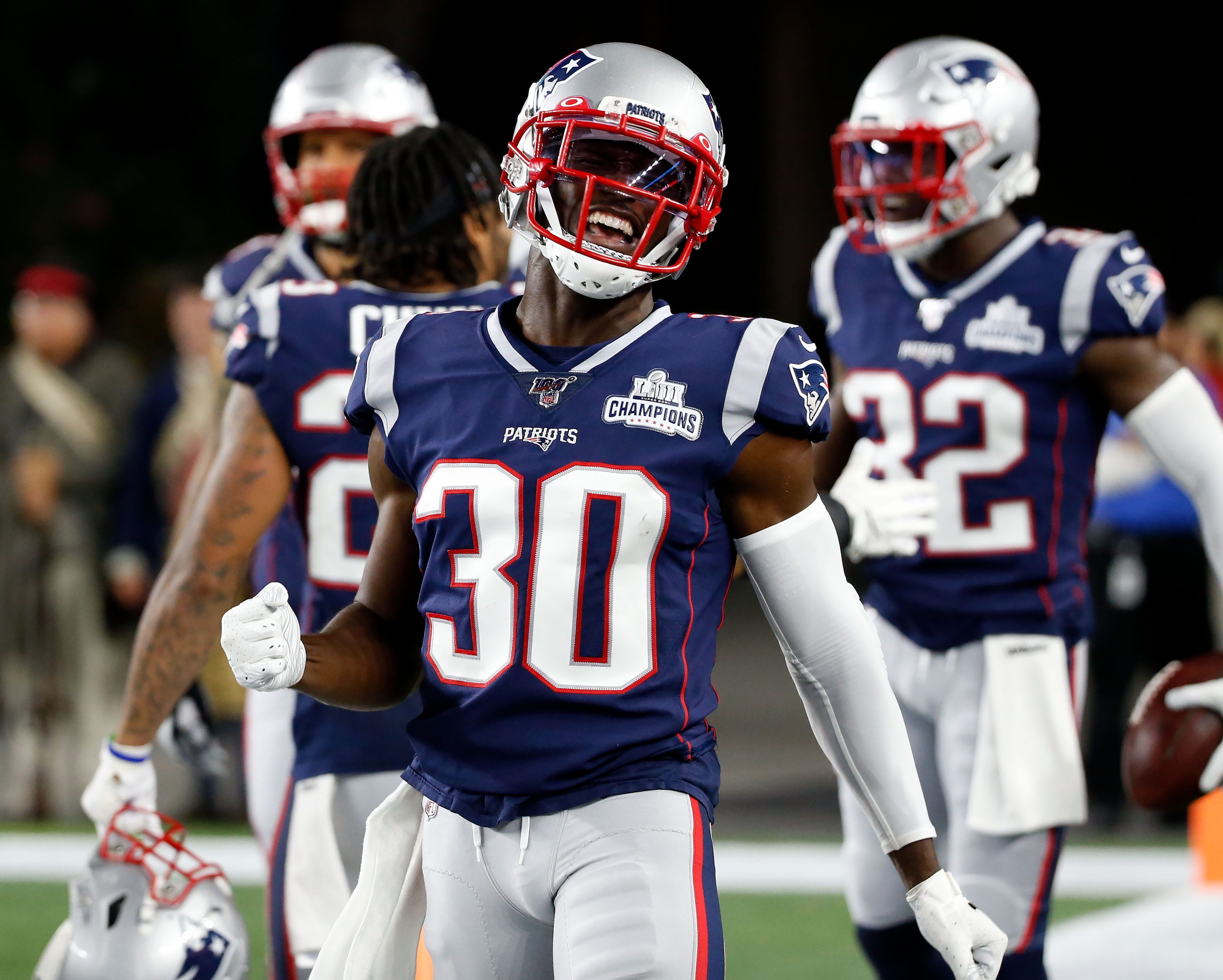 While the New York Giants signed cornerback Adoree Jackson to a three-year, $39 million deal, it seems as if they’re looking to further bolster the position. With issues at CB2 in 2020, the Giants are trying to ensure their unit remain strong even if injuries arise.

Recently, the team waived Ryan Lewis, who spent 2020 with the Giants before going down with an injury. Now, they expect Sam Beal to make a return and compete with Isaac Yiadom for an active roster spot. However, Ian Rapoport of NFL Network reported that the Giants are hosting former Patriots corner Jason McCourty for a visit.

The Giants are hosting DB Jason McCourty on a visit, per @RapSheet

We know what happens when free agents visit the Giants, they never leave 👀

McCourty is a seasoned veteran who has spent 12 years at the NFL level and will be 34 this year. He played at all 16 games last season with the New England Patriots, starting in 11, earning 42 tackles and three passes defended.

While the veteran defensive back was a bit spotty in coverage last year, he can serve a depth role with the Giants and considering he has a home in New Jersey, the partnership would make sense.

Current Giant Logan Ryan played with McCourty back during his time with Tennessee, and head coach Joe Judge knows McCourty from when he coached the special-teams unit and helped as an assistant on Bill Belichick’s coaching staff.

A low-cost signing would make a lot of sense for the Giants, allowing them to pass on Patrick Surtain in the 2021 NFL draft and maybe take a flyer in the mid-rounds to develop. McCourty is coming off a two-year, $10 million deal with New England but will likely make far less than the $5 million average he made during the duration of that deal. A one-year, $2 million contract seems reasonable for both parties.

It is never a bad thing to bring on a former Super Bowl-winning player, as the New York Giants have several on their roster who have played at the biggest stage. This off-season, the Giants have been extremely active in free agency, acquiring names like Kenny Golladay and Adoree Jackson, but it doesn’t seem they are done just yet, as they continue to scour the market for cheap signings that can influence the team in 2021.

At 33 years old, Jason doesn’t have much more time in the NFL but joining a team that values him and can offer him an impactful role is essential. The veteran corner simply wants to help the teammates around him, whether it be mentoring or serving as a back-up to a team that simply wants him. A good experience to end his career is essentially what he’s looking for, and the Giants can offer him an entirely changed culture led by a head coach Joe Judge, who has immediate relations with McCourty from his time in New England.

Personally, I think this would be an efficient move, considering Jason finished the 2020 season with a 79.6 overall coverage grade, allowing just 260 yards and zero scores. He was solid in coverage, and the Giants only really need him for one season to help the younger guys develop. If he’s willing to settle at a cheaper price point, this should be an easy decision for management. 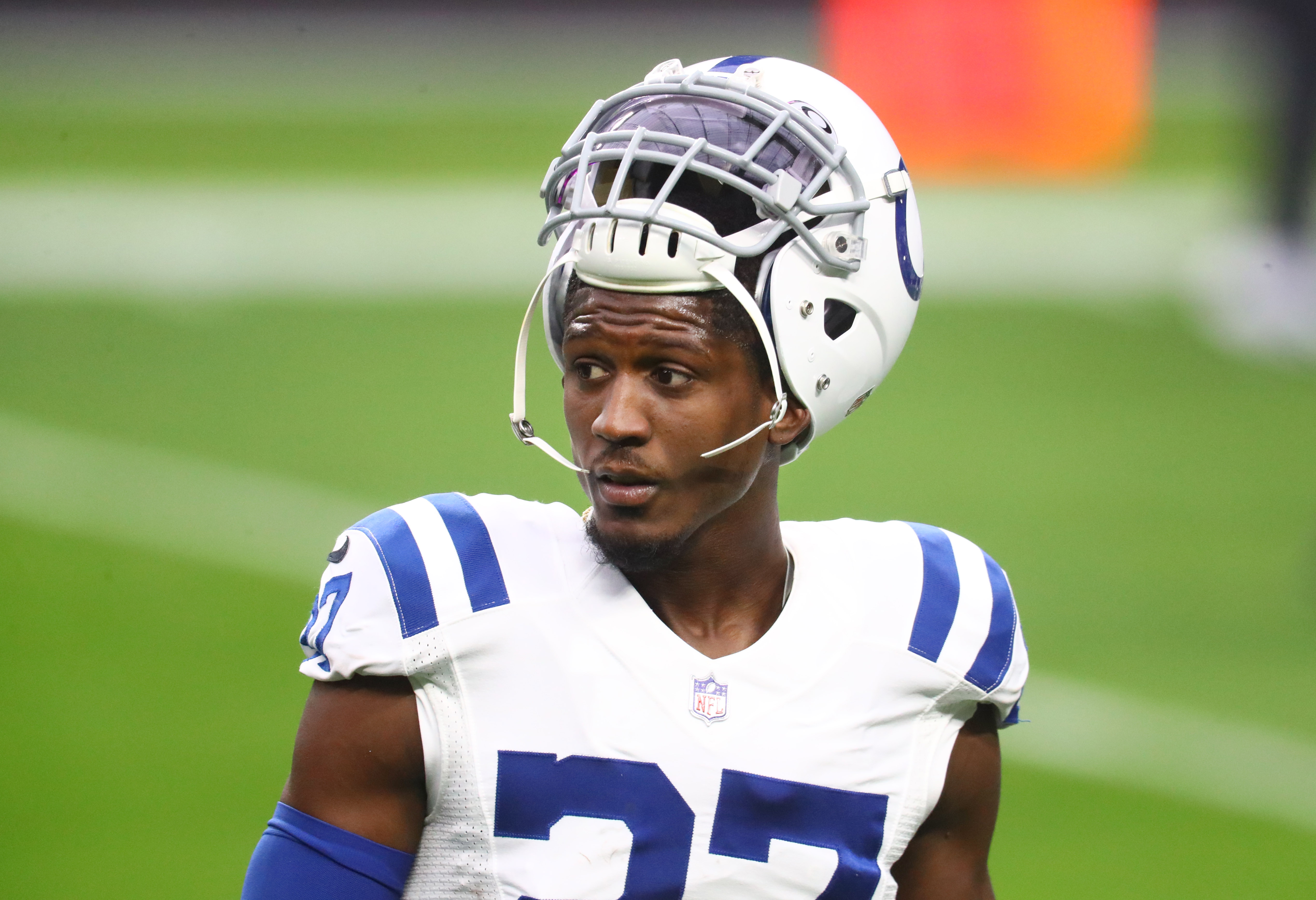 The New York Giants revamped their secondary from 2019 to 2020. They brought in a bunch of new faces this past offseason, signing Logan Ryan and James Bradberry, and the Giants drafted Xavier McKinney in the second-round.

Safety’s Logan Ryan, Jabrill Peppers, and Xavier McKinney are the future, and Bradberry island is a real thing. The G-Men just need another cornerback to go alongside Bradberry.

Here are three free agents the Giants should consider in free agency:

Xavier Rhodes was one of the top cornerbacks in the NFL this past season, but in 2017-2019, he struggled. The Minnesota Vikings decided to part ways with Rhodes this past offseason. Rhodes signed a one-year, $3,250,000 million deal with the Indianapolis Colts.

Rhodes recorded 42 tackles, 12 pass defends, and two interceptions this past season. With these solid stats, Rhodes could earn himself a pay increase but not too much where it will be out of the Giants’ price range.

If the Giants could find some money to give to Rhodes and if the secondary could repeat what they did this past season, this could easily be one of the best secondaries in 2021.

Will Logan Ryan recruit Jason McCourty to New York? The New York native just finished up his two-year deal with the New England Patriots — could McCourty team up with Joe Judge down in New York to finish his career?

McCourty has been a versatile cornerback who has played as an above-average outside cornerback for almost his entire career. McCourty has 723 career tackles, 106 pass defends, and 18 interceptions, and a Super Bowl Ring with Judge.

If McCourty wants to come to New York and leave his twin brother, the Giants have the capital to bring him in. He will have an opportunity to play alongside a Pro Bowl cornerback in Bradberry if he wants to.

It seems like Ross Cockrell’s name is always in talks to come back to New York. With the Giants now having a better all-around team and an excellent secondary, he could come in and compete for the starting job on the outside.

Cockrell is currently on the Tampa Bay Buccaneers; they are on their way to go play in the NFC Championship game against the Green Bay Packers. With the Buccaneers stud cornerbacks, Cockrell has seen the least amount of playing time since his rookie season. Starting only two games and only recorded two pass breakups.

Cockrell only got a one-year deal with the Buccaneers for less than a million. But I will speak for all Giants fans here, we do not want another Cockrell fake signing again. Cockrell backed out of a deal this past offseason.