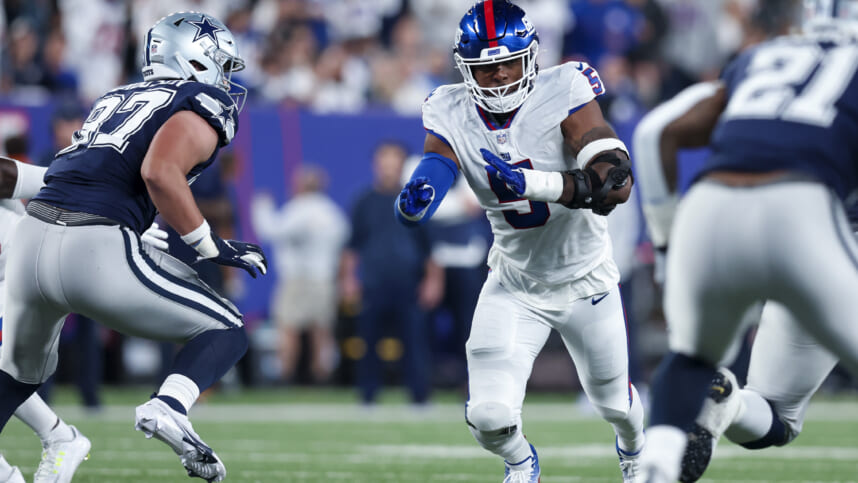 The New York Giants’ top draft pick may have only one sack, but Kayvon Thibodeaux has been close to making the expected splash plays on multiple occasions.

One of those reasons why the sacks have not been piling up for the rookie is because of some holding penalties not being called.

When asked about the lack of calls his way, Thibodeaux gave all of the right answers.

“Come on, man, we knew I was close. I was eating… It’s cool though… As long as we keep winning, they can keep holding. I gotta sell it more. I guess I’m not selling it enough.”

The week-to-week rep count for Thibodeaux has gone up every week in all five games he has played. To this point, along with his one sack, Thibodeaux has tallied three passes defended, two quarterback hits, a forced fumble, and a fumble recovery.

Regardless of a lack of sacks, the traits one would want to see from the 21-year-old in his first year are on display, whether it be his speed, athleticism, or effort. His impact is noticeable, which is key, and will likely only lead to more sacks going forward. Some of his pressures in the win last Sunday did help lead to incompletions.

Thibodeaux has picked up 14 total pressures, nearly averaging three a game. Of those 14 pressures, 11 have been hurries. Lastly, his pass rush win rate is 13.9%, which is first among all qualified rookie pass rushers. The plays that essentially end drives for Thibodeaux should be on the way.