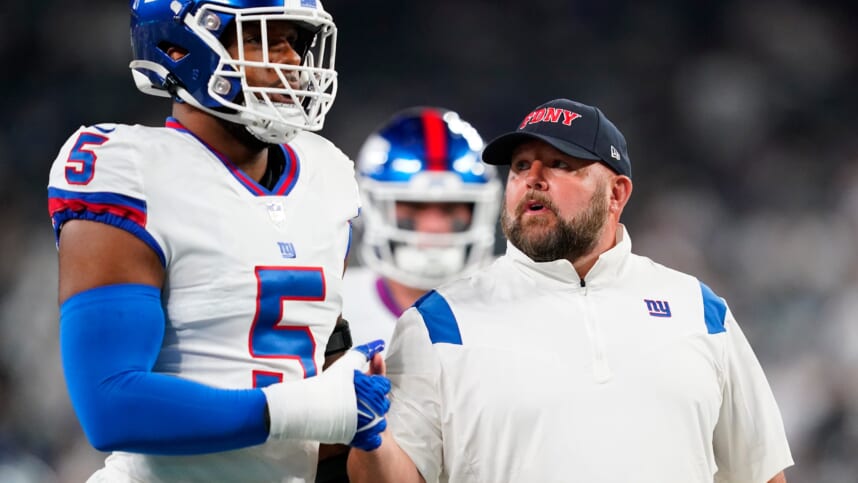 Throughout the pre-draft process, much was made of whether or not Kayvon Thibodeaux was too much of a big personality. Well, early on in his young career with the New York Giants, the fifth overall draft pick is establishing himself as a respected leader.

The Giants’ high-prized rookie is off to a solid start. As a pass rusher, Thibodeaux has one sack and three quarterback hits. He also has 18 total tackles (12 solo), a forced fumble, and three passes defended.

On how he has tried to come in and earn the respect of his teammates as such a talented but young player, Thibodeaux said the following:

“I’m a guy that not only gives off the presence of being older, but I’m a younger guy people look to for wisdom and for leadership… I’m trying to step into that role and trying to step into it in a humble way knowing that I’ve still got a lot of learn and grow.”

On some of his habits throughout the week and how they make him give off that “old” presence, Thibodeaux shared that he uses Post-it notes in his locker as reminders. Some goals are more long-term for the season as a whole, others in the short-term for the week. Thibodeaux said, “There are four goals on there, and the rest are reminder tips for the week, I can change them out every week. The goals I keep are the same, but if there’s something that week that I need to work on or get better at, I post a note there for it.”

Along with their new prime pass rusher, the Giants also added a fairly big-time defensive coordinator this offseason, Wink Martindale. The play caller said this about Thibodeaux.

“I always say, ‘We’re going to open up a can of whoop-a–‘, Well, he’s the can opener. With our system, it’s a position-less defense, and when you look at the defense statistically in areas where there are a lot of sacks, he’s doing the selfless work.”

Thibodeaux is by no means concerned about the lack of sacks through his first seven games. He stated, “I know the pass rush and everything else is going to come.” The talented first-year player will only keep progressing in the second half of the season.