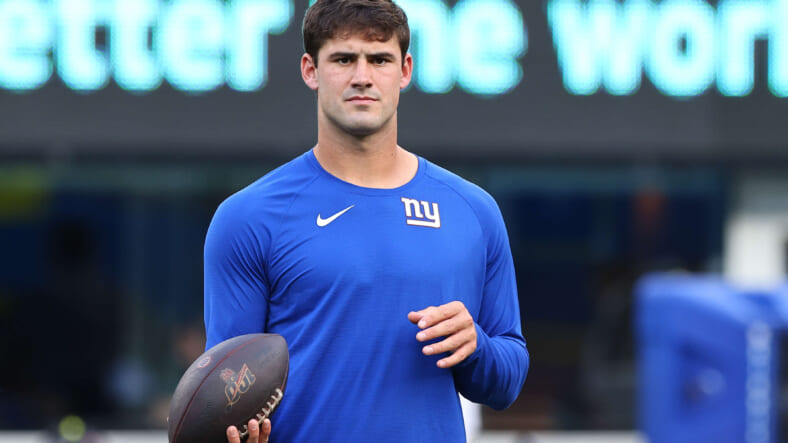 The New York Giants are heading into Week 6 with a nasty case of the injury bug. With the Los Angeles Rams coming to town, the Giants have a ton of questions left to be answered. Regarding injuries, the Giants lost a bevy of players to the Dallas Cowboys in Week 5, and thereâ€™s a solid number that wonâ€™t be available for the next week or two.

One player who missed the Week 5 contest is left tackle Andrew Thomas, who the team sorely missed as Nate Solder put forth an awful performance. In the loss, Solder allowed three QB hits, five hurries, and eight pressures, all more than Thomas has allowed in the first four weeks of the season.

At this point, the team desperately needs their stud left tackle, but he was unable to practice on Wednesday, or at least the team had him sit out of caution. Considering Thomas suited up and was prepared to play against Dallas if need be.

I believe this is more maintenance-related, as they feel he can step in and perform well without physically practicing this week. This is probably a smart move as they try to avoid any potential re-aggravation of the injury.

How is Daniel Jones progressing for the Giants?

The Giants are also closely monitoring quarterback Daniel Jones, who suffered a scary concussion against Dallas in which he stumbled over his own feet, putting doubt into his availability moving forward.

However, Jones was able to throw the football around on the practice field and run without any limitations. While he was listed as a DNP, there is hope that Jones can pass the concussion protocols and play against the Rams this upcoming weekend.

Reports indicate that Jones is on step three of a five-stage protocol for concussions, which bodes well for his chances. However, given the fact that the Rams are a strong opponent, the Giants might be wise to sit DJ one extra week to ensure he is 100% healthy.

Daniel Jones “on track with everything,” per Joe Judge. In concussion protocol. Won’t practice or be on field Wednesday. But if everything progresses this week it’s possible he’s cleared by Sunday for the Rams game. #giants #rams

With that being said, general manager Dave Gettleman is not in a position to lose games purposefully, so if he is able to go, we should expect to see Jones suiting up.