Giants getting reinforcements as 4 players return to practice 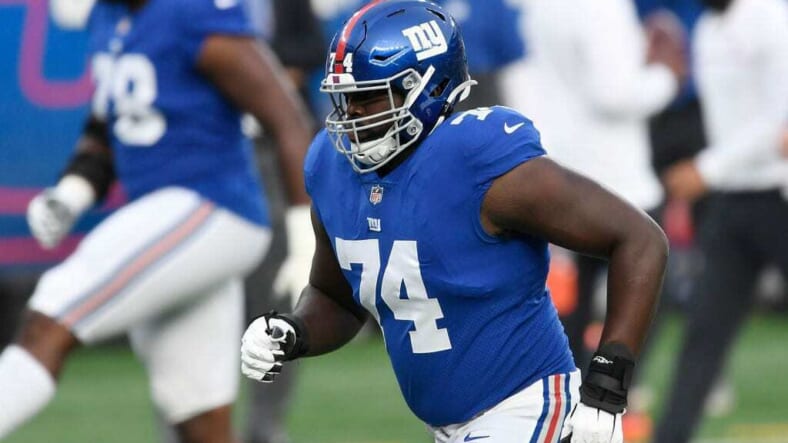 The New York Giants are getting a boost today as four players have returned to practice. The Giants were left without a slew of talented young players for the start of the 2022 season. Today, Matt Peart, Elerson Smith, Rodarius Williams, and Nick Gates returned to practice today after beginning the season on the PUP list.

Giants get four players back at practice

The main storyline today is the return of former starting center Nick Gates. The Giants activated Gates off of the PUP list today. Gates returned to practice at the beginning of this month and has proven to the coaching staff that he is ready to compete. Nick Gates is eligible to make his first appearance of the 2022 season this Sunday against the Seahawks.

“We’ll put him out there,” coach Brian Daboll said. “I think he’s improved every day since he’s been out there. He looks ready to go. We’ll see where that takes him. Just keep competing; whenever his number’s called, be ready.”

Brian Daboll on Nick Gates’s return to the lineup via Giants.com

Nick Gates is back after suffering a devastating leg injury in Week 2 of the 2021 season. Seven surgeries later, the physical offensive lineman is ready to return to the sport he loves. In addition to Nick Gates, the Giants could be getting another offensive lineman back soon. Matt Peart returned to practice today, meaning he could be available to the team in 21-days.

Matt Peart tore his ACL in the final weeks of the 2021 season. The Giants placed him on the PUP list this summer, but it seems like Peart could be close to making a return. The 2020 third-round draft pick has had a shaky start to his career. But considering the recent injuries that Big Blue has endured on the offensive line, Peart’s return could bring the squad some depth to rely on. Peart has started games in the past and has the ability to be a quality reserve piece on the Giants’ depth chart.

Rodarius Williams is another young player returning from a torn ACL. The cousin of Greedy Williams tore his ACL last October and spent the rest of the season on injured reserve. Rodarius seemed to be a promising young defensive back during his rookie season before the campaign was cut short by a devastating injury. The Giants are thin in the secondary at the moment, so a potential return from Williams could be beneficial. Wink Martindale’s defense calls for a lot of man-coverage, a skillset in which Rodarius Williams Excels. The second-year corner could make an impact upon his eventual return.

Edge rusher Elerson Smith is a young player who has struggled to make his way onto the field. Smith spent the first eight weeks of the 2021 season on injured reserve with a hamstring injury. He then suffered another lower-body injury this year during training camp. Smith has now returned to practice and is looking to make his way off of the PUP list and back onto the active roster.

As they did when Nick Gates returned to practice, the New York Giants have 21-days to make a decision and activate these players off of the list and return them to the lineup. As the Giants keep rolling in victories, the team could use depth to reinforce the back end of their roster. Thankfully, help seems to be on the way.