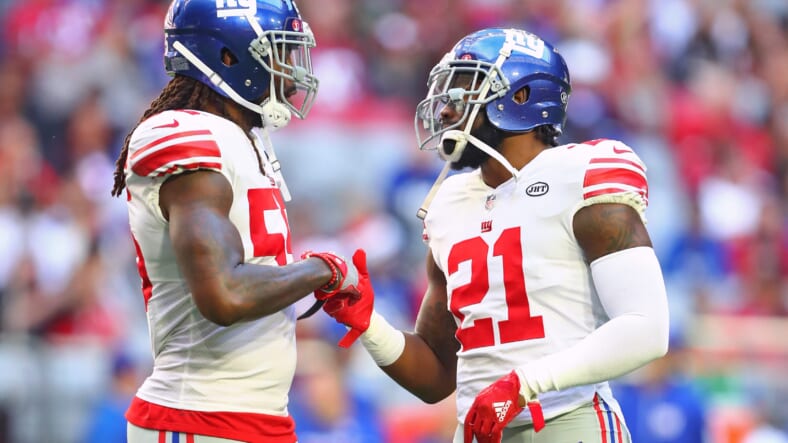 The New York Giants are set to play in Jacksonville tomorrow afternoon, looking to get to 6-1. For the Week 7 matchup with the Jaguars, safety Landon Collins will be making his first appearance since returning to the team.

He spent the 2015-18 seasons with the Giants as an early second-round pick. Collins left as a result of a massive six-year contract he had to take.

Collins seems very excited to be back with the Giants making known just how much fun he is having.

His expected role will be a bit of a unique one tomorrow. Per Jordan Raanan of ESPN, Collins’ reps will likely come as a sub-package linebacker. It makes sense, given all of the Giants’ injuries at the position. Whereas at safety, the Giants are set with their top three players in Xavier McKinney, Julian Love, and Dane Belton.

The Giants have been so decimated by injuries at linebacker that they had to similarly pick up another formerly well-known player in Jaylon Smith. He had to be elevated to the active roster in a relatively fast manner as well.

Collins, still only 28 years old, will likely be filled with emotion and ready to contribute to the Giants’ defense in his return.