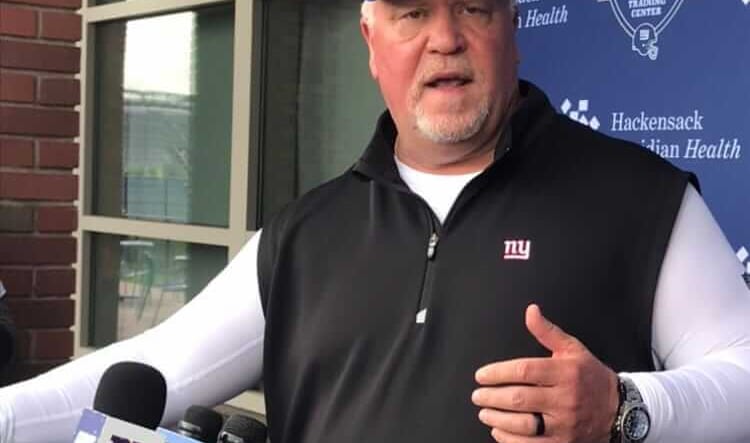 The New York Giants suffered a tough loss during their bye week as safety Xavier McKinney was placed on injured reserve with a hand injury. Defensive coordinator Wink Martindale discussed at length the impact that this would have on his defensive scheme.

New defensive coordinator Wink Martindale has done an excellent job with his defensive unit this season. Martindale has played an ultra-aggressive brand of defense that has helped the Giants get off to an impressive 6-2 start this year.

The Giants are running Cover 1 (Man-Free) on 41.3% of snaps (via Matt Bowen of ESPN), a coverage type that relies on a talented single-high safety. That safety was Xavier McKinney, but now, with McKinney absent for the foreseeable future, the Giants are going to have to rely on Julian Love to play that role as Wink Martindale alters his defensive scheme.

Wink Martindale admitted recently that McKinney’s absence will have an effect on the defensive scheme.

“I think there will be an effect,” Martindale said Wednesday when asked about McKinney’s absence. “It could be a good effect or a bad effect. We’re going to find that out.”

With Xavier McKinney out of the lineup, the Giants will need some other safeties on the roster to step up. In particular, rookie defensive back Dane Belton will see his role in the defense expand. Martindale explained that Belton will be getting more playing time than he has all season in the coming weeks.

“I think you just look at each game differently on what you need for that game, and different guys will step up and step in,” he said. “(Safety) Dane (Belton) will get more playing time than he has. He’s come along very well as a rookie – all of them. Our organizational alignment has been fantastic as far as building the roster and continuing to build the roster for what we need schematically. It’s going to be a different look.”

Wink Martindale described Dane Belton as “a student of the game” who “takes it very seriously as a profession.” Martindale said, “he’s a mature kid for being a rookie.” Dane Belton is going to have a massive role in the Giants’ defense coming out of this bye week as Wink Martindale has expressed a great amount of confidence in the impressive rookie.

Dane Belton will play more on the back end than Xavier McKinney. This will cause Wink Martindale to adjust his defensive scheme and test out some different looks. The Giants are running the least amount of Cover 2 (Two-Deep Zone) in the NFL, utilizing that defensive coverage on only 11.4% of defensive snaps (via Matt Bowen of ESPN). This is a strategy that could change in order to get the most out of Belton’s skillset.

Julian Love is a fourth-year veteran for the New York Giants. Alongside Xavier McKinney, Love is one of the defense’s co-captains this season. Julian Love is a true leader for the Giants’ defense who has demonstrated excellent versatility in the secondary. With McKinney out of the lineup, the Giants will call upon Love to fill that void, serving as the signal-caller and playing the role to which X-Man is accustomed.

Defensive coordinator Wink Martindale has expressed a strong amount of confidence and trust in Julian Love’s ability to fill the void:

“I’m very comfortable with Julian – have been since day one with both those safeties (Julian Love and Xavier McKinney). And they’re both bright, young players that will have great careers. So, I’m excited for Julian to have this opportunity. He does a great job communicating on the back end, and I’m glad we have him,” Martindale said.

The New York Giants will be relying upon Julian Love and Dane Belton to pick up the slack on defense with Xavier McKinney out of the lineup. Thankfully, Big Blue is enjoying a world-class season out of their new defensive coordinator, Wink Martindale. Under Wink Martindale’s toolage, the Giants’ defense should be able to overcome this obstacle and keep their winning ways intact.