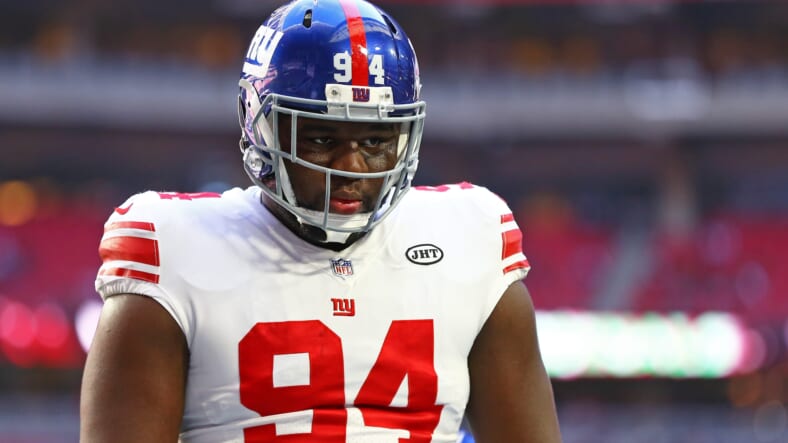 There was some speculation on whether the New York Giants would seek to extend the rookie contract of defensive lineman Dalvin Tomlinson, who is entering the final year of that deal this season.

The 55th overall selection out of Alabama in the 2017 NFL Draft has been a key contributor for two coaching staffs in his short NFL career and with a new staff coming in, his future in Blue likely hinges on his performance in 2020.

Or maybe not. Tomlinson has some hooks on the Giants’ incoming staff in head coach Joe Judge and defensive coordinator Patrick Graham. Judge actually recruited Tomlinson when he was an assistant under Nick Saban at Alabama. He is optimistic that the trio will hit it off from the start.

“Coach Judge is a great guy. I remember when I was getting recruited by Alabama, that was when I met him for the first time,” Tomlinson told reporters on a conference call this week. “Itâ€™s just crazy how small the world is. Heâ€™s a great guy and so is the whole coaching staff. Every day you come in the locker room, just make sure you are ready to work every day. Bring your A game and make sure everyone around you is ready to work. Thatâ€™s all you can do, come to work and do your best.”

Graham was the Giants’ defensive line coach under Ben McAdoo when Tomlinson was a rookie. He is very familiar with Graham and his tactics and knows what will be expected of him this season.

“Heâ€™s a great coach, super high energy,’ said Tomlinson. “He coaches you to the fullest because he wants the full potential brought out of you. Back then, the way he coached the D-line, you could just tell he was going to be a D-coordinator soon.”

Tomlinson will be coached by former Penn State defensive front coach Sean Spencer, who is well-respected in coaching circles.

“Super high energy guy,’ said Tomlinson. “He always has energy no matter what time of the day it is. Iâ€™m looking forward to doing some of his drills when we get back to practice.”

Second-round picks don’t get the benefit of a fifth-year option like first round selections do. In many cases, they have to go into their fourth seasons, regardless of their achievements, with their career status uncertain.

Tomlinson is not looking past this season, further exemplifying his commitment to team over personal issues. That will go a long way with Judge, who has stressed that these are type of players he is seeking to build around. The fact that Tomlinson has dressed -and started – all 48 games since becoming a Giant in 2017 should only add to his value.

“Pretty much we have been taking every day one day at a time because of the pandemic,” he said. “Iâ€™m not really focused on the contract because all I can do is try to get better and be as much prepared as I can for when we get back to training camp and get back to the facility as early as possible. I have been focusing on getting better and improving with my teammates as much as possible, thatâ€™s my biggest goal right now.”