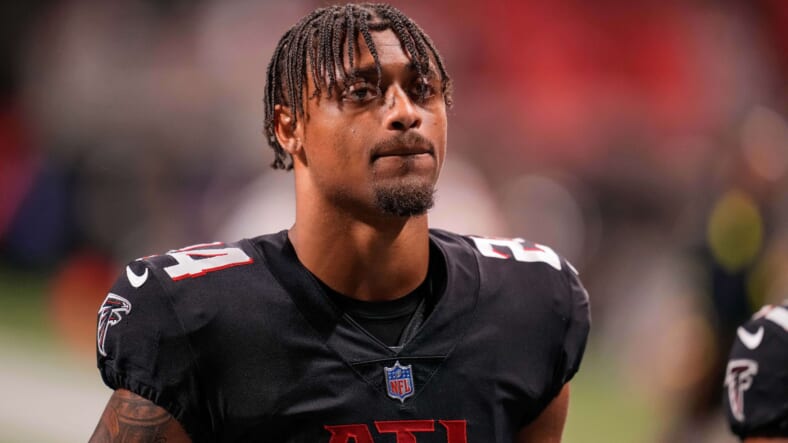 The New York Giants have an opportunity to reset their 2021 season with a poor Atlanta Falcons team making their way to MetLife Stadium on Sunday afternoon. With Eli Manningâ€™s retirement ceremony commencing at halftime, the Giants will hope to have a comfortable lead in honor of one of the organization’s most valued players.

Luckily for a Big Blue, Atlantaâ€™s defense ranks as the worst in the NFL in points allowed per game, giving up 40 on average over two games. Last week against the Tampa Bay Buccaneers, they allowed 48 points, with 14 coming from pick 6â€™s. However, with the Giants losing to the Washington Football Team in a torturous fashion, they are in desperate need of some positive momentum and success to help spur consistency. The coaching staff has been responsible for poor in-game adjustments and decisions, but the players have failed to execute at a high level in addition.

As aforementioned, Atlantaâ€™s defense is one of the worst in a league, and they will be without top cornerback A.J. Terrell on Sunday. Terrell has seen 112 snaps on the field as the defense’s left boundary corner, and he ranks as the team’s best with a 68.6 overall coverage grade, per PFF. He has only given up three receptions for 30 yards this year as a 2020 draft pick in the first round.

With Terrell missing this contest, the Giants will have an easy time throwing the football and targeting their more prominent receivers through the air. With that being the case, we should expect quarterback Daniel Jones to have another solid performance, but Atlanta is also susceptible on the ground.

Through two weeks, the Falcons have given up 127.5 rushing yards, providing running back Saquon Barkley with a fantastic opportunity to enjoy some success after working his way back slowly to open the year. Offensively for the Falcons, they rank toward the bottom of the pack in average points per game, scoring 15.5. Oddly, they won time of possession last week against Tampa, despite scoring just 25 points and losing by a significant margin. Atlanta has one of the worst passing attacks in the NFL, averaging just 214.5 passing yards per game. The Giants sit towards the middle of the league with 241.

One way or another, the Giants need to scheme a strong game plan that will focus on exposing coverage flaws in Atlanta secondary. With their top corner out, distributing the football should be easy, but we never want to make any assumption when it comes to an unpredictable Giants team.Â  Factoring in rookie Kadarius Toney should be a priority, given the matchups. This is the perfect opportunity to get Toneyâ€™s feet wet in the NFL after playing just 19 snaps through the first two games.