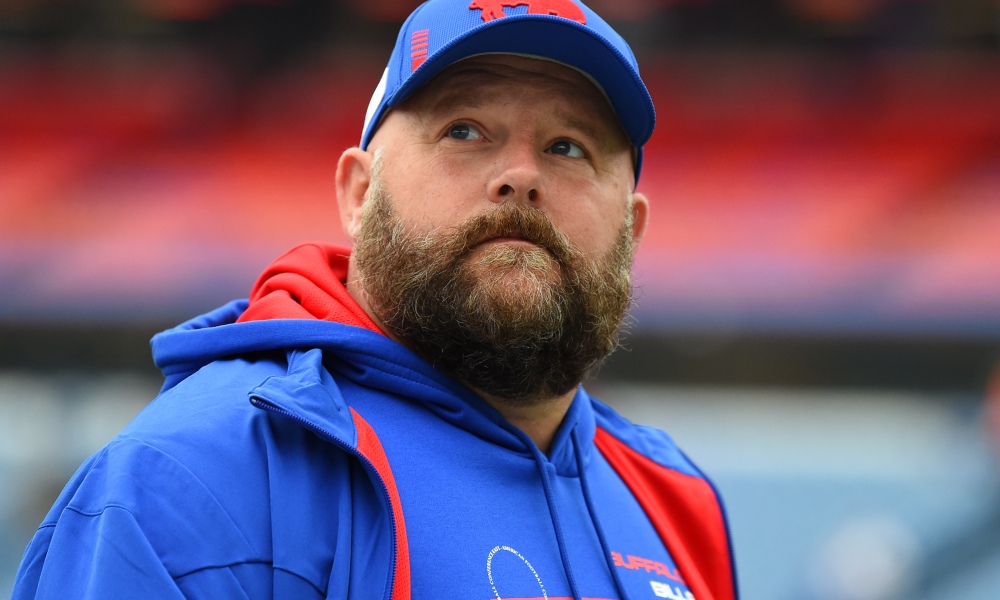 If the New York Giants weren’t convinced that Brian Daboll could be their next head coach, he put his full firepower on display against the Kansas City Chiefs on Sunday night, despite the loss.

The Giants also interviewed Buffalo Bills defensive coordinator Leslie Frazier for the vacant head coaching spot, but his defense allowed 42 points on the back of Patrick Mahomes’s 378 yards and three touchdowns through the air and one on the ground.

Daboll and his well-oiled offense posted 36 points, with the difference-maker being an overtime coin toss that gave KC the first opportunity to end the game. Star quarterback Josh Allen posted 329 passing yards and four touchdowns while the running game contributed 109 yards and a score.

However, Daboll’s ability to scheme open players stood out the most, as fourth-round pick Gabriel Davis recorded an NFL record for touchdown receptions and 201 yards receiving on just eight receptions.

Because of this awesome performance, the Giants made a quick turnaround for Daboll, who is set to interview for the second time on Monday afternoon.

The #Giants plan to interview #Bills OC Brian Daboll a second time for their head coaching job today, per source.

Daboll is the first known finalist for New York, which is also interviewing #Cowboys DC Dan Quinn today. Heating up.

The Giants will also interview Dallas Cowboys DC Dan Quinn for the vacancy in the same breath. Quinn has a plethora of experience in the NFL, serving as the Atlanta Falcons head coach for six years, including a Super Bowl appearance in 2016 and a Divisional Game in 2017.

Big Blue has cast a wide net for their head-coaching search, and there are plenty of great candidates to sift through. However, it is hard to ignore the obvious connection between general manager Joe Schoen and Daboll. They have worked in Buffalo together for the past four years and helped develop Josh Allen into an elite player.