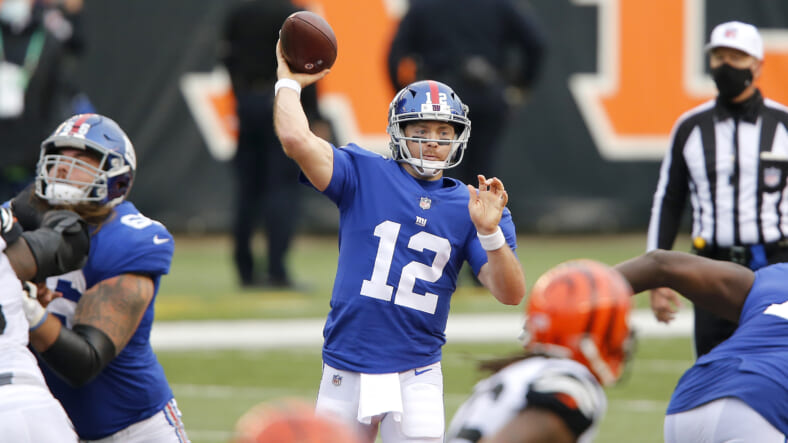 The New York Giants are parting ways with Colt McCoy after moving for Mike Glennon at the backup QB spot, but it might not take long for last season’s backup to find a new team.

From the looks of it, Arizona could be that landing spot and McCoy could end up in a similar situation to the one he was in with the Giants – backing up one of the league’s new generations of quarterbacks. Instead of Daniel Jones, it would be Kyler Murray this time.

Veteran free-agent QB Colt McCoy is scheduled to visit the Arizona Cardinals next week and there’s a good chance it will result in a deal that would make him Kyler Murray’s backup, per source.

According to a report from Adam Schefter, McCoy is visiting with the Cardinals next week. And it seems likely that this meeting could result in a contract to bring McCoy onto his next team at 34 years old.

This comes off a season where McCoy served as the backup to Daniel Jones and was thrust into the spotlight unexpectedly. Jones had trouble with injury in the second half of last year owing to poor pass protection contributing to an injury, and McCoy would have to make multiple appearances filling in for him.

During those 4 games played, McCoy threw for 375 yards with one touchdown and one interception. His most notable moment was when he and the Giants defense came up big to defeat the Seattle Seahawks in the first game missed by Daniel Jones.

The Giants, however, would choose to move on at the backup spot and go for the slightly younger Mike Glennon. Glennon had a promising rookie season where he was the starter in Tampa, but quickly fell off after that and will now have to be content as the definite backup in New York behind Jones.

For McCoy, it doesn’t seem like things are so bad, though. His performance as backup last season may just land him at least one more one-year deal in his career, this time with the Cardinals.