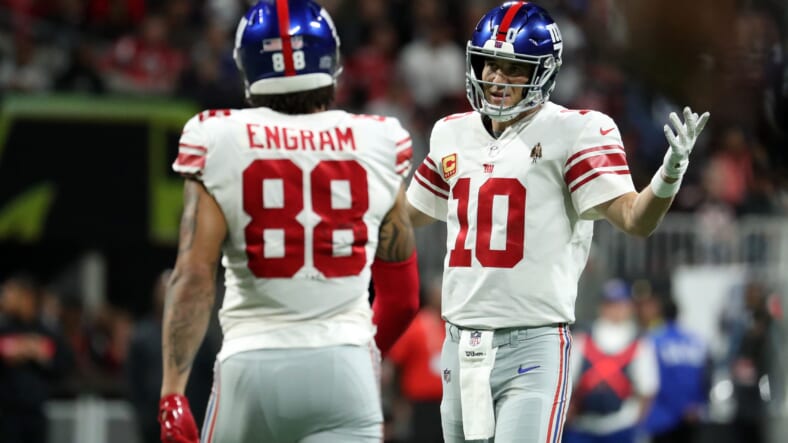 Fans who were hoping that General Manager Dave Gettleman would offer insight on the New York Giants’ quarterback situation would be left disappointed on Wednesday, when Gettleman didn’t commit one way or the other and gave statements that could accurately be called coach speak.

“We will do whatâ€™s in the best interest of the New York Giants. What weâ€™re trying to do here is build sustained success. That takes some brutal honesty, and it takes some tough decisions,” Gettleman said. Of course, those words are true. The decisions that the Giants have to face right now aren’t the kind of decisions that any executive would want to face. Mishandling a situation like this can cost executives their jobs, after all.

But saying that it’s a ‘hard decision’ isn’t saying much that the fans and media aren’t already aware of. Entering the offseason after a failed season, Giants fans still have no idea whether or not Eli Manning will return as the starter next year, and whether or not the team will attempt to draft his replacement.

Former Giants linebacker Mark Herzlich, though, has some opinions on what the press conference really means. “Heâ€™s saying he doesnâ€™t see a future for Eli,” Herzlich said on CBS Sports Radio. “He wanted to stay as noncommittal as he possibly could, but you could tell he let his emotions kind of get in the way a little bit.”

Herzlich was Manning’s teammate during his career with the Giants, from 2011 to 2017. Herzlich doesn’t appear to have a bias towards his former quarterback, though. “I think what will end up happening is Eli is going to say, ‘Look, if Iâ€™m going to be the backup, I donâ€™t want to be here,'” Herzlich continued.

For Manning to be demoted to the bench, the Giants would have to find another quarterback to replace him. As they hold the sixth pick in this year’s draft, it’s debatable whether a worthy one would be available when they make their selection.

With a former player who knows the organization well saying that it’s unlikely Manning has a future with the team, and other sources claiming the Giants plan on sticking with Manning, it’s hard to know who to believe. It is certain, though, that this will be one of the biggest issues in the buildup to the 2019 season.