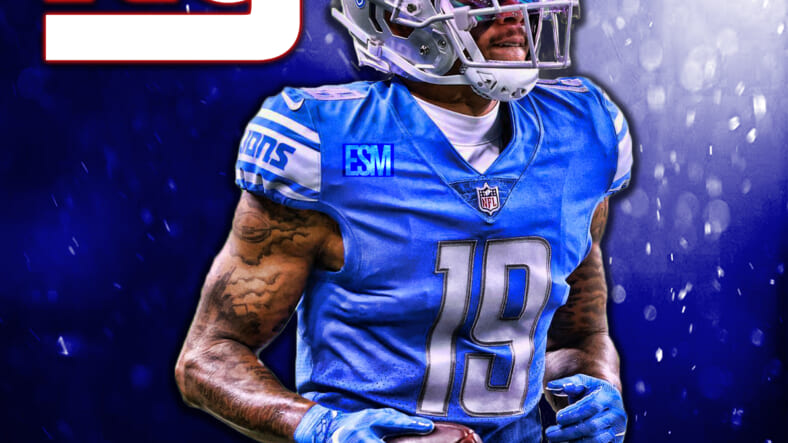 The New York Giants have agreed to terms with top free-agent wide receiver Kenny Golladay. Golladay landed a four-year, $72 million deal with a max of $76 million and $40 million Gauranteed. This is New York’s big splash signing as Golladay was the top free agent on the open market. After days of “mutual interest” and an official in-person signing, Golladay and the Giants were able to finalize a deal with the stud wide receiver.

New York is addressing a huge need with this signing, getting Daniel Jones a new primary receiving threat. Golladay is the big-body outside receiving threat that the Giants desperately needed. He’s a 6 foot 4, 214-pound wide receiver. Golladay spent the first four seasons of his career with the Detroit Lions. Now, he will join the New York Giants as their top receiving threat.

Kenny Golladay was the top receiving option for the Detroit Lions. Detroit elected not to place the franchise tag on Kenny after failing to agree to a long-term contract extension. Now, Golladay walks away from Detroit and marches into New York as the Giants’ new alpha dog wide receiver.

Kenny Golladay was a Pro Bowl selection in 2019 after he led the NFL with 11 receiving touchdowns to go along with an impressive 1,190 receiving yards on 65 receptions. Golladay topped one thousand receiving yards in back-to-back seasons (2018-2019), establishing himself as one of the top receivers in the league. “Babytron” has shades of his game similar to former Detroit Lions great Calvin “Megatron” Johnson, hence Kenny’s nickname.

The only concern with Kenny Golladay is his injury history. Golladay played in only 5 games in 2020 before suffering a season-ending hip injury. Kenny is presumably healthy again and ready to get to work in Jason Garrett’s offense. Similar to the Buffalo Bills adding Stefon Diggs last offseason, Giants fans will hope that the acquisition of Kenny Golladay will lead Daniel Jones to have a Josh Allen-like breakout campaign in his third season.